MNDF transports elderly woman from Muli to Male’ via chopper 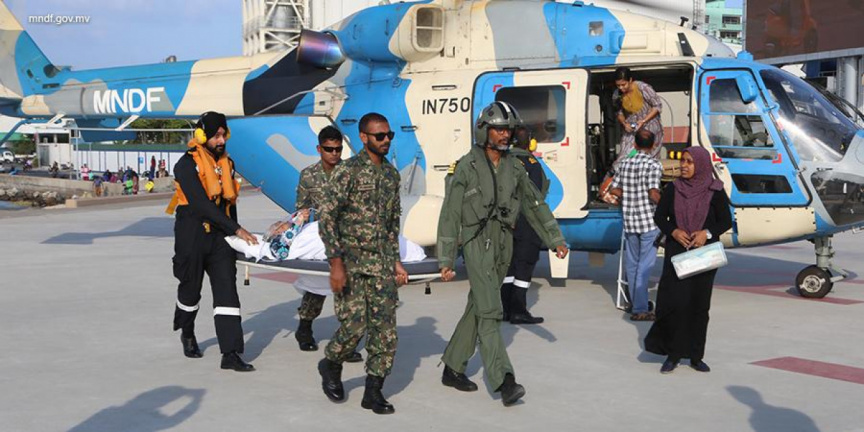 An elderly woman in critical condition has been transported from M. Muli Regional Hospital to Male’ via helicopter by the Maldives National Defense Force this Saturday.

The helicopter carrying the 81-year-old woman arrived at Male’ City at approximately 7:30 am.

The woman is now receiving the emergency healthcare she needs at the Indhira Gandhi Memorial Hospital (IGMH), reports MNDF.

The helicopter used this Saturday is one of the two controversial helicopters donated to MNDF by the Indian government.

The two helicopters - Air MEDEVAC and SAR - were grounded during the previous administration which requested India to take back both the helicopters and the 40 or so Indian military personnel stationed in Maldives to operate the helicopters.

The current administration, which is fostering closer ties with the Indian government, has declared the helicopters were a useful gift which will not be returned.