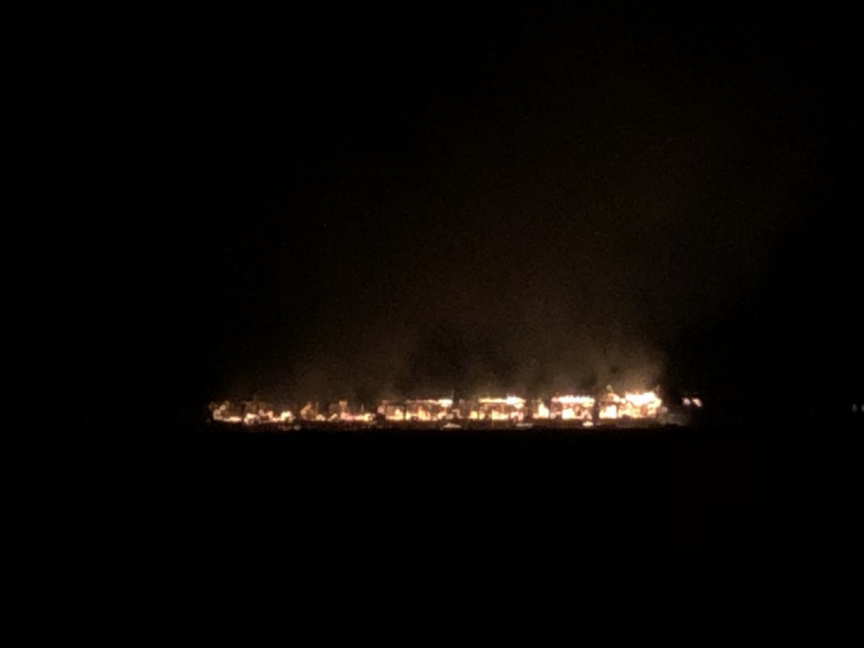 Fire at Gili Lankanfushi Resort on the night of 2 January 2019. (Sun Photo/Reader)

A fire has started at the lagoon villas at the Gili Lankanfushi resort in Kaafu Atoll.

A witness close to the scene told Sun Media that the fire is at the Presidential Suit and the adjacent lagoon villas north east of the resort.

The witness said that about six rooms are being burned down.

Reports say that due to the strong winds, there would be massive damage if the fire is not controlled quickly. The witness say that the resort is working to control the fire.

MNDF said that Fire and Rescue Service are responding to the fire via speed launch and a second team is being mobilized from Male’ City as the fire is still spreading.