President back in Male’ after tour of four islands 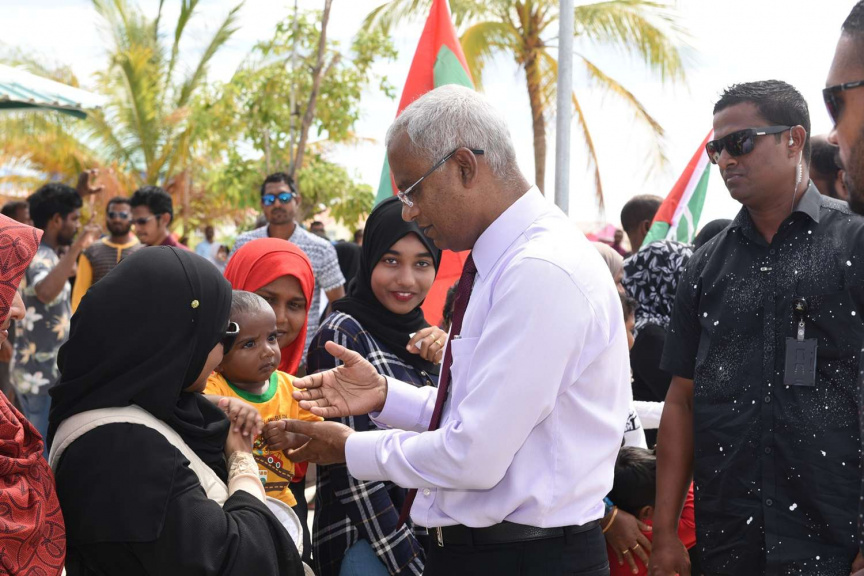 President Ibrahim Mohamed Solih has returned to Male’ City upon conclusion of his two-day tour to several islands in Lh. Atoll and N. Atoll.

Solih’s first stop last Wednesday was at Lh. Dhuvaafaru where he attended the official ceremony to mark Unity Day – the anniversary of the Tsunami of 2004, and met with members of Lh. Dhuvaafaru Council and Lh. Ungoofaaru Council.

He then made an unofficial visit to his island of birth – Lh. Hinnavaru later on Wednesday.

Solih’s first stop during the last leg of his tour this Thursday morning was at Lh. Naifaru, where he met with members of the Naifaru Council.

His last stop was at N. Hen’badhoo on Thursday afternoon where he inaugurated sanitation services established in the island by private company – Champa Brothers – as a CSR initiative, and met with the Hen’badhoo Council.

A branch of the PG Office opened in Veymandoo