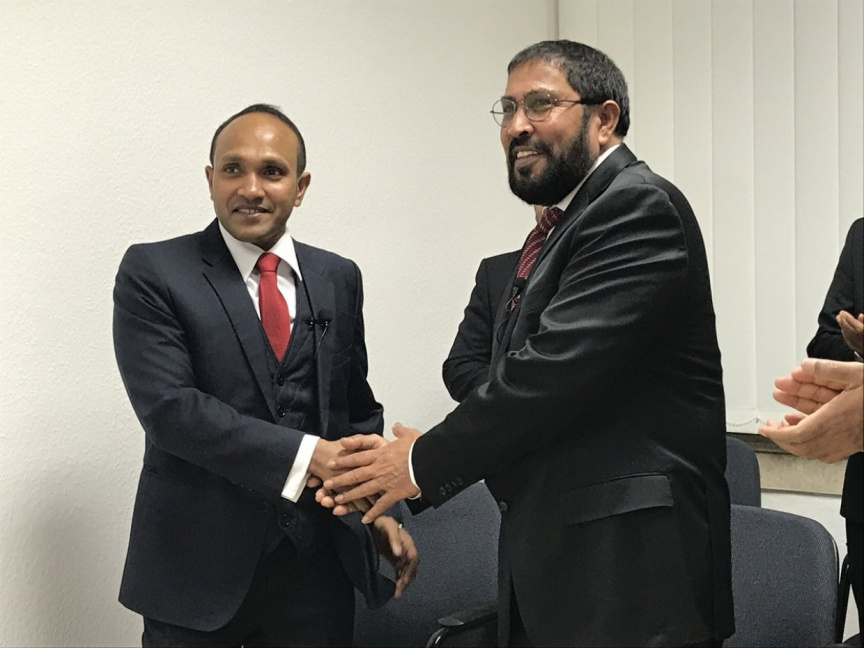 Former Vice President Dr. Mohamed Jameel Ahmed has made the decision to contend for Vilimale’ constituency in the upcoming Parliamentary Elections.

Dr. Jameel has confirmed his decision to ‘Sun’.

Dr. Jameel, who is the Political Advisor to the Leader of Jumhoory Party and Speaker of Parliament, Qasim Ibrahim, said he will be contending for the parliamentary seat on behalf of JP.

He said he was hopeful of receiving support from other coalition partners; Maldivian Democratic Party (MDP), Adhaalath Party (AP) and Maumoon Reform Movement (MRM) for his candidacy bid.

Dr. Jameel said he wished to follow through with the projects announced by the previous administration for Vilimale’; including linking Vilimale’, Male’ City and Thifalushi Island via bridge, and improving ferry services between Vilimale’ and Male’ City.

The confirmation by Dr. Jameel follows a tweet he made last Friday night, in which he wrote that the people of Vilimale’ needed to be assured the modern development they deserved. And that the project had been delayed for far too long.

Educated in the field of law, Dr. Jameel served as former Maldivian President Abdulla Yameen Abdul Gayoom’s first VP, before he was impeached by the Parliament following a conflict within the administration.

He later obtained asylum from the UK and was elected Leader of the Maldives United Opposition – a reform movement launched by Dr. Jameel and other Maldivian politicians living in self-exile.

He returned to Maldives following the election victory of President Ibrahim Mohamed Solih.