9 new suspects arrested after murder of 2 women in Morocco 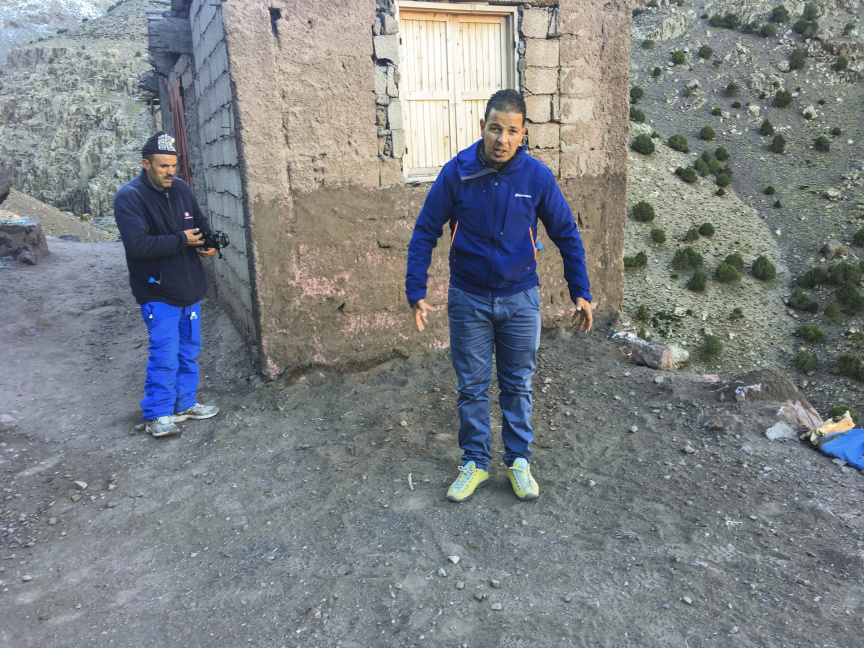 Tour guide Rachid shows the sight Thursday Dec. 20, 2018, where he says one of the women where found in the murder of two Scandinavian hikers whose bodies were found at a camp in Morocco's High Atlas mountains, about 10 Km (six miles) from the remote village of Imlil, Morocco. (Hege Pauline Hovig / NTB scanpix via AP)

COPENHAGEN, Denmark (AP) — Nine more people have been arrested in Morocco for connections to the four initial suspects in the killing of two Scandinavian university students in a remote corner of the Atlas Mountains, Moroccan authorities said Friday.

A total of 13 men have been detained after the murder of the female hikers from Denmark and Norway. Authorities in Morocco consider the killings a terrorist act. The women's bodies were found Monday with stab wounds in their necks.

Morocco's Central Bureau of Judicial investigations said the nine new suspects had been carrying arms and "suspicious materials" used in the manufacture of explosives at the time of their arrests. No further details were available.

A plane carrying the bodies of 28-year-old Norwegian Maren Ueland and 24-year-old Louisa Vesterager Jespersen took off Friday from Casablanca for Denmark. The Norwegian news agency NTB said Ueland's autopsy would be performed in her home country.

In Norway, police said a video which allegedly shows the killing of one of the women is likely authentic.

"There is no concrete evidence indicating the video is not real," it said.

As for another video in which the four initial suspects appear to pledge allegiance to the Islamic State group, the NCIS said that "neither Norway nor Denmark was mentioned in the video, nor was there anything specific about what action they should perform."

Both women had lived in southern Norway, where they attended university.

The NCIS said it was trying to map their activities before their departure for the village of Imlil, a frequent starting point for treks to Mount Toubkal, North Africa's highest peak. The women were found 10 kilometers (6.2 miles) from the village.

Morocco is generally considered safe for tourists but it has been routing out Islamic extremists for years.

Moroccan rescuers dig to save boy stuck down well

Morocco to use Chinese vaccine for mass vaccination