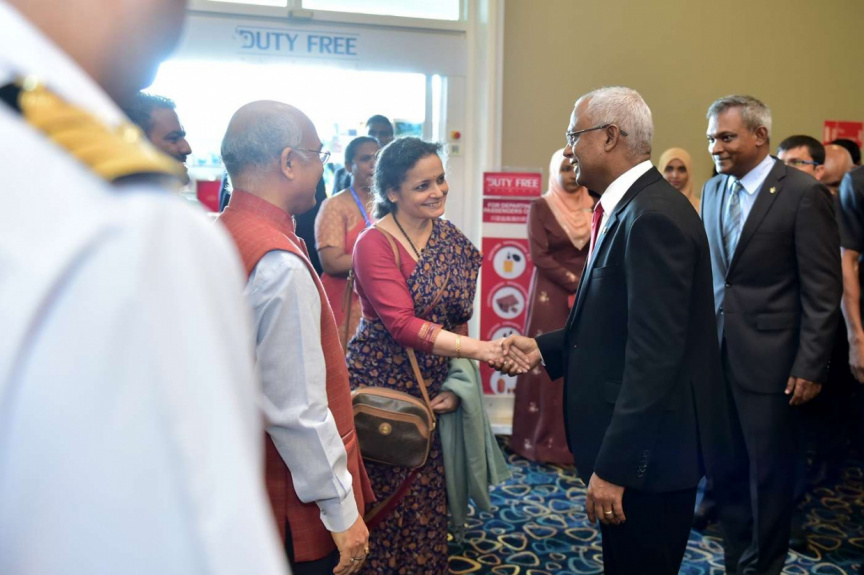 President Ibrahim M. Solih at Velana International Airport before departure on an official visit to India on 16 December 2018. (Photo/President's Office)

President Ibrahim Mohamed Solih has said that the most important resource for such a small country to ensure it’s security is to improve it’s bilateral relations with other countries.

On his going state visit to India, the President met with the Maldivian community living in India. Talking to the Maldivians in India, President Soalih said that his government will not do anything to jeopardize the countries relations with the international community.

He said that it is important for the Maldives to have a strong relationship with India to ensure the safety and security of the country.

President Solih also said that an agreement will be signed on his state visit to arrange easier access to Indian visas to Maldivians.

The President said that that under this agreement, Maldivians will get 90-day visa every six months for tourism, medical and business. And those who enter on tourist visa can also get a medical visa in case of emergency.

Halt on permit for vehicles without designated garages