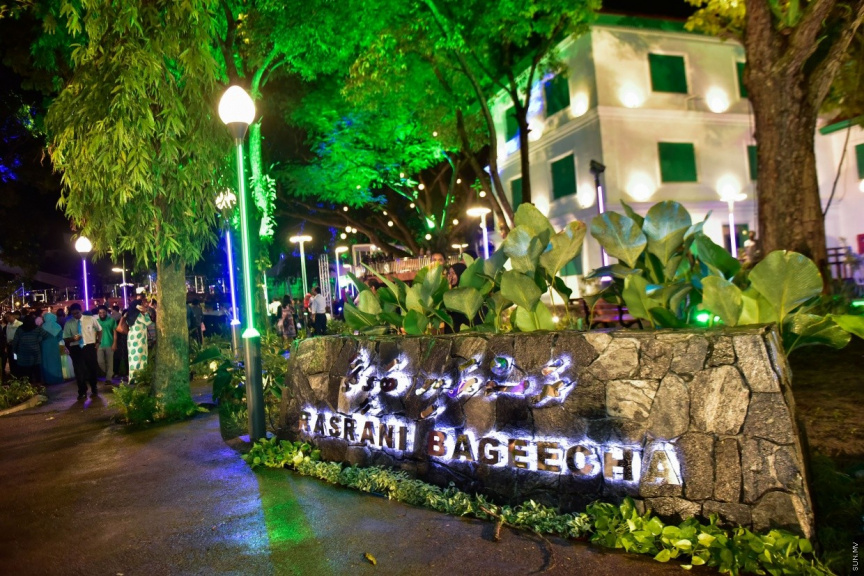 Inside the opening of Rasrani Bageecha after renovations to the Sultan Park on 21 August 2017. (Sun Photo/Fayaz Moosa)

Male’ City Council has hinted that they intend to change the name of Rasrani Bageecha back to the previous name, Sultan Park.

Male’ City Mayor, Shifa Mohamed took to twitter saying that issue of the name is set to be on the agenda for the Council meeting on Tuesday.

She said that it is being done to sustain the name of the park as Sultan Park.

After the monarchy in the Maldives came close, the royal palace and it’s gronds were reopened as Sultan Park in 1968 by then President, Ibrahim Nasir.

After 50 years with the name, Sultan Park, the named was changed to Rasrai Bageecha in 2017 by President Abdulla Yameen Abdul Gayoom after making numerous, modern changes to the park.

President Yameen’s government received criticism for the decision from many claiming that the name change causes the historical identity of the land.

The new renovations equipped the park with a stage and many facilities for children. And foreigners are charged MVR 75 to enter the park between 6 a.m. to 4 p.m. and MVR 100 afterwards on public holidays and weekends. On other days, MVR 75 is charged.