Most MPs against allowing candidates defeated in primaries a second chance 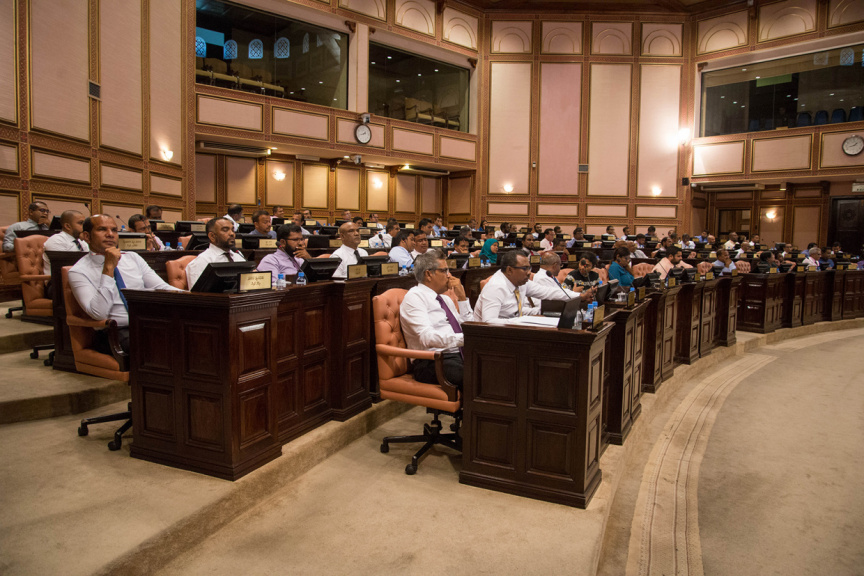 The majority of the Parliament has spoken against repealing the provision in Political Parties Act which disqualifies candidates defeated in party primaries from competing in elections as independent candidates.

The provision was put in place by former ruling Progressive Party of Maldives (PPM) lawmakers in 2016.

Dhidhdhoo MP Abdul Latheef, this Wednesday, submitted a Bill to repeal the provision and allow candidates defeated in party primaries from competing in elections as independent candidates.

During the preliminary debate on the Bill held at Parliament, many of the Maldivian Democratic Party (MDP) lawmakers who originally opposed the provision in 2016, spoke in favor of keeping the provision in place.

MP Latheef said he found the repeal of the provision crucial because party primaries were often compromised with large numbers of members injected into parties just ahead of primaries for the sole purpose of voting for specific candidates.

He said that he does not believe primaries are compromised because candidates who compete in primaries wouldn’t otherwise have the opportunity to go to courts and protests results if they find any issue.

“After we accept the political party system, receive candidacy in compliance with party regulations and the person defeated also competes in the election, it is an obstruction to the whole system,” said Gafoor.

North Galolhu MP Eva Abdulla said the Bill was directed at MDP, because MDP was getting ready to hold primaries for the upcoming parliamentary elections while some other parties have opted against holding primaries and already issued party tickets.

Eva said the internal democracy within political parties as linked with the democracy of the whole country.

She said MDP will not allow anyone to be handpicked for the Parliament but will honor due process. She said that allowing candidates defeated in primaries to compete in elections as independent candidates would create an obstacle for political parties to win parliamentary seats.

“The best way for those who don’t receive the ticket to a primary to get behind the person who wins the ticket,” said Eva.

Biledhdhoo MP Ahmed Mubeen spoke in support of repealing the provision, and said every person should be allowed the right to compete in elections.

Mubeen said that party primaries were not very well organized. He said that scores of new members join party’s ahead of primaries, narrowing opportunities for long-serving members.