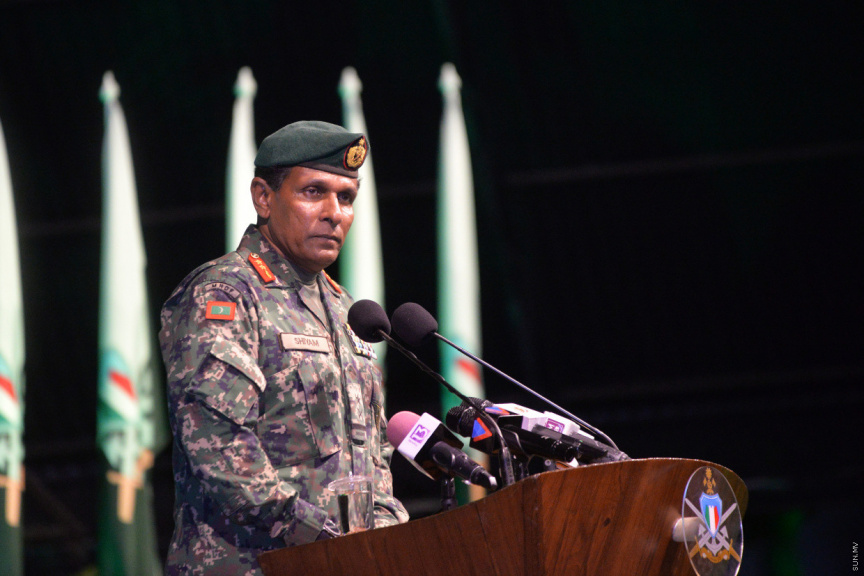 The Chief of Defence Force, Major General, Ahmed Shiyam, has been dismissed from his position.

Shiyam was appointed by the former President Dr. Mohamed Waheed Hassan on 9 February 2012.

Shamal was made the new The High Court ordered to restore his position at the MNDF.