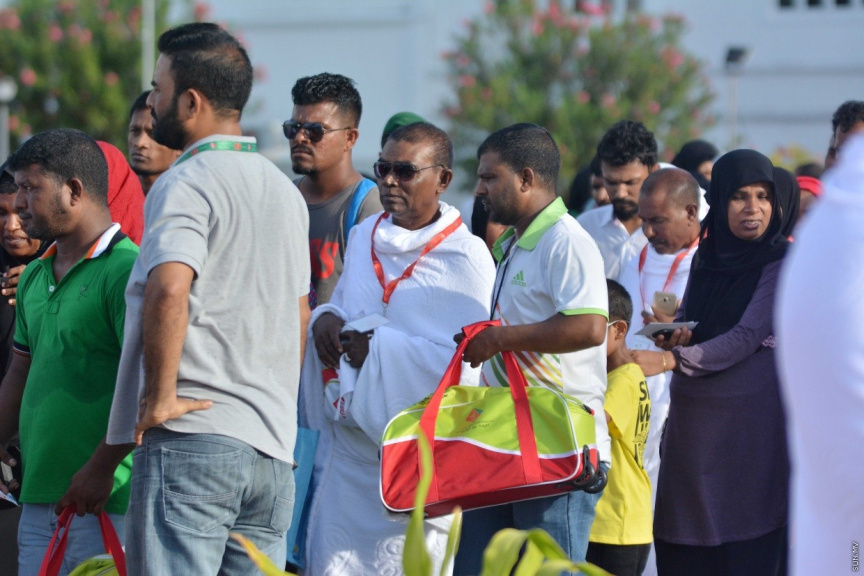 Maldivian pilgrims wait for a ferry to the Velana International Airport. (File Photo)

The government has submitted an amendment to Pension Act to allow money in the Pension Fund to be used to finance Hajj pilgrimage.

The legislature will allow for utilization of money in the Pension Fund to be used to finance Hajj pilgrimage as long as it’s a first-time Hajj pilgrim.

It was submitted to the Parliament on behalf of the government by North Hithadhoo MP Mohamed Aslam this Tuesday.

The Bill adds provisions to the Pension Act.

An additional provision says 50 percent of the official fee for Hajj declared by the government the relevant year will be issued from the Pension Fund.

The legislature empowers the Maldives Pension Administration Office with the authority to decide on the number of people who will be allowed to utilize money in their Pension Fund for Hajj each year.

The legislature was one of President Ibrahim Mohamed Solih’s electoral pledges.