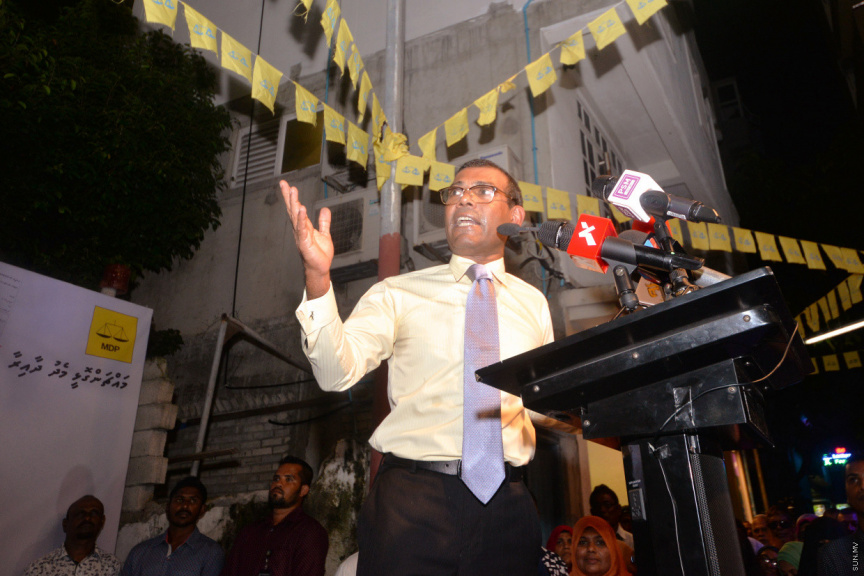 Leader of Maldivian Democratic Party (MDP), former President Mohamed Nasheed has submitted his form to compete in the MDP Primary for Parliamentary Elections 2019.

Nasheed is currently in Poland for the UN climate change summit. The form was submitted on his behalf by close associate, Ibrahim Ahmed (Maalimee Ibrahim).

The former Maldivian president announced his candidacy and launched his campaign on December 4.

The only other contender who has announced the intention of competing for the Central Machangolhi constituency on behalf of MDP is Aishath Alaika Adnan.

Nasheed is not new to the Parliament, having served at the Parliament from 1999 to 2001 when he was disqualified after he was found guilty of theft.

He was also MDP’s first choice for the presidential elections in 2018, but made the decision not to compete due to a 13-year sentence issued against him.

The sentence has since been overturned by the Supreme Court.