20 evacuees from 2 residences under care of Disaster Management Center 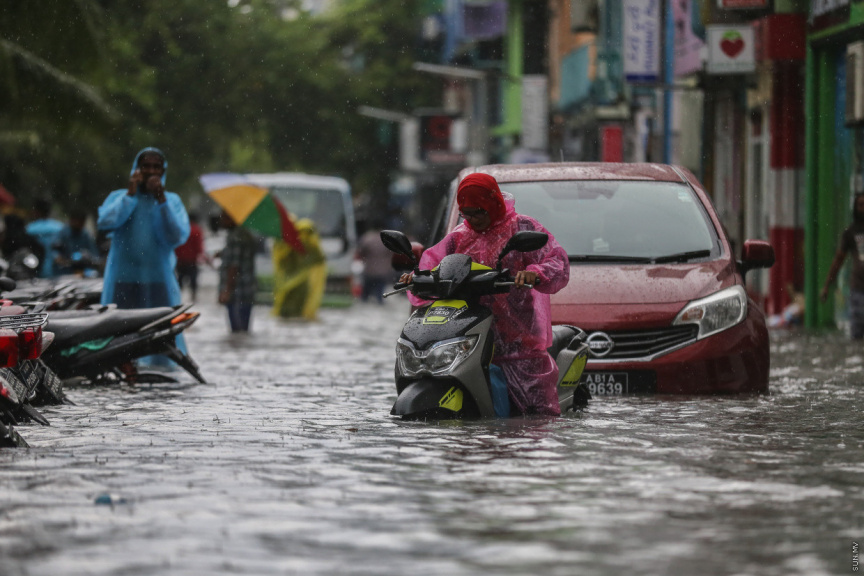 “Of them, 20 people from two of the residences are under our care at the Beehive Hotel,” said Hisaan.

Hisaan said the flooding in the roads were controlled by MNDF at 12:49 am with Thursday.

“And sacks of sand were placed at the entrances of 38 residences to prevent the flood water from getting in,” added Hisaan.

Disaster Management Center concluded its flood relief efforts at 2:44 am this Thursday.