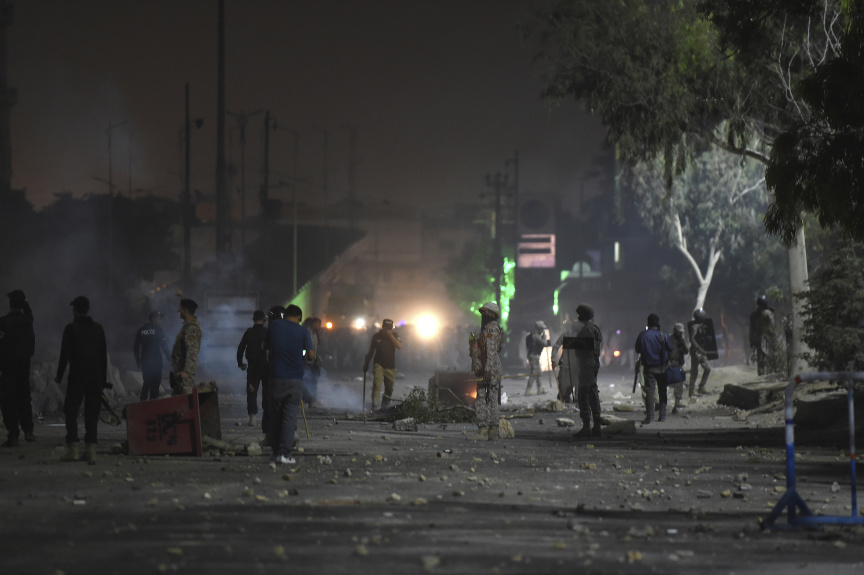 MULTAN, Pakistan (AP) — Police in an ongoing crackdown arrested some 1100 supporters of a detained radical Islamic cleric, who disrupted daily life with nationwide rallies following the acquittal of a Christian woman sentenced to death for blasphemy, officials said Saturday.

Senior police officer Tahir Mahmood said that supporters of the Tehreek-e-Labbaik party were picked up in sweeps across the country, mainly in Punjab province, following the arrest of its leader, Khadim Hussain Rizvi. Mahmood said police teams raided Labbaik party seminaries, the homes of party leaders and supporters and hiding places to net them.

He said police also arrested scores of Rizvi's supporters as they took to streets to protest his overnight arrest. He said most of the arrested men were sent to prison for one month. He added that those charged with violence and arson in their protests over Asia Bibi's acquittal would be dealt with according to relevant laws.

Information Minister Fawad Chaudhry said the current crackdown on Labbaik party supporters has nothing to do with Asia Bibi's case. He said the arrests are being made to contain those exploiting the situation in the name of religion to gain political strength.

Rizvi's supporters held violent rallies against the Supreme Court's Oct. 31 acquittal of Bibi. Rizvi has called for more protests on Sunday in the capital, Islamabad. Pre-empting the possible protest, police in the capital have set up security posts near a vital intersection that connects the capital with the garrison city of Rawalpindi. Rizvi and his supporters earlier this year blocked that intersection for 20 days protesting the change of a religious reference in a parliamentary document. That protest led to the resignation of the law minister of previous government.

Pakistan's hard-line Islamists have threatened to kill anyone who insults Islam or speaks out against the country's blasphemy laws.

Pakistan points to India after attack on consulate