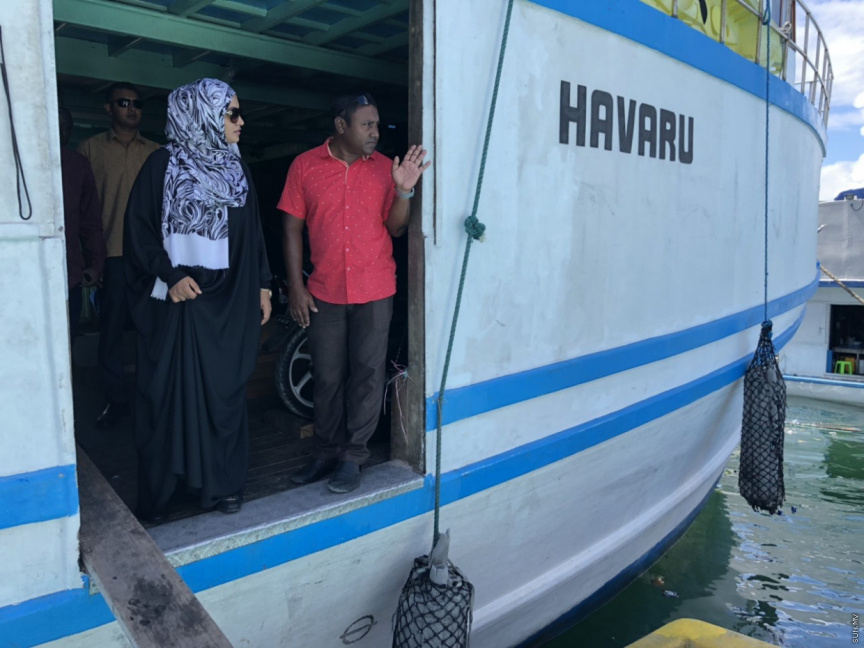 Minister of Transport and Civil Aviation, Aishath Nahula has taken a tour of Male’ City to gain first-hand experience of the parking situation and congestion at harbors.

Nahula opted for the tour after stating that the best way for her to effectively bring about the changes demanded by the people would be for her to experience the difficulties firsthand.

“It will be difficult for me to effectively bring about the solutions the people want without taking a firsthand look at the situation and the difficulties myself,” said Nahula.

In addition to touring the congested streets and harbors of Male’ City, Nahula discussed the difficulties with members of the public she met during the tour.

She was joined on the tour by Deputy Director-General of Transport Authority Mohamed Rafeeu, Head of Traffic Department Hussain Sameer and Head of Traffic Operation Unit Mohamed Luthufee.

The harbor areas closed off for government needs have now been opened to the public, and the Traffic Police have started towing the unused vehicles parked on the streets of Male’ City.