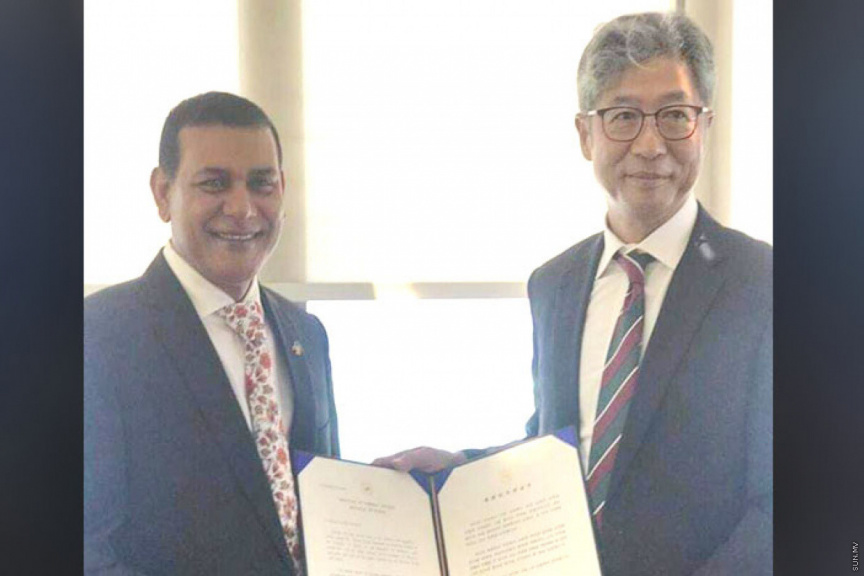 Siyam was appointed Honorary Consul of South Korea in a function held at Hotel Jen this Saturday.

The letter of appointment was handed to him by South Korean Ambassador to Maldives and Sri Lanka, Heon Lee.

In a letter endorsing Siyam’s appointment, South Korean Foreign Minister Kang Kyung-wha wrote that Siyam was selected based on his capabilities and confidence.

Siyam: Eid is a day for forgiveness and kindness

''Good virtues are needed for a constructive future''