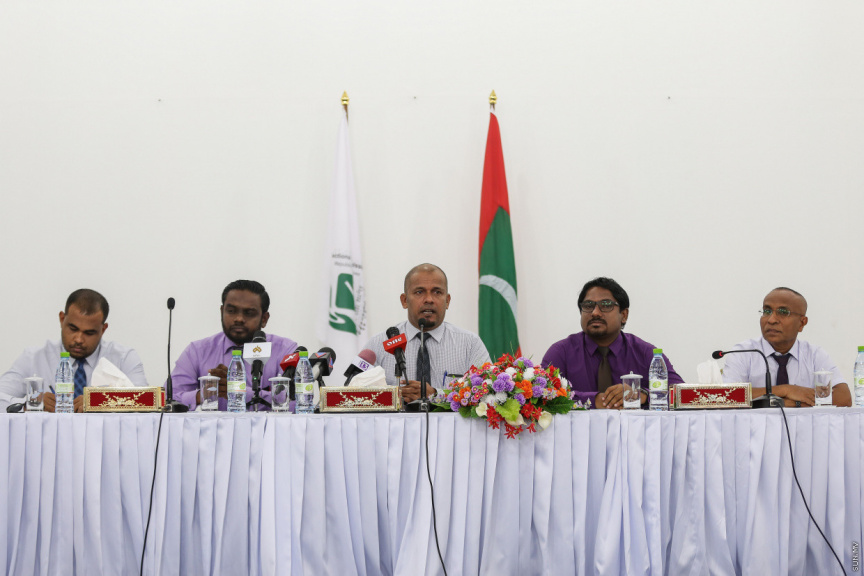 Spokesperson and member of EC, Ahmed Akram reported to ‘Sun’ that the commission requested Ministry of Finance and Treasury for a budget of MVR 123 million for the parliamentary elections. But that the final budget was cut down to MVR 80 million when sent to the Parliament.

“It will be very difficult to hold the parliamentary elections as planned by the commission with just MVR 80 million,” said Akram.

“The budget for the election is MVR 43 million less. I appeal to the Parliament to consider this when passing the budget and provide us with a solution,” said Akram.

Akram said the commission has sent a letter to the Public Finance Committee of the Parliament evaluate whether or not MVR 80 million will be enough for the election.

He said it will also be difficult to hold the election awareness campaign planned for the atolls ahead of the election with the MVR 80 million budget.

Akram said that the commission had planned to cut down voter waiting time by decreasing the number of registered voters per ballot box. But that the funds will be insufficient to execute the plan.

He also noted the increase in number of electoral districts, which will lead to an increase in expenses.

Parliamentary Elections 2019 is scheduled to be held in March.