Dr. Shaheem resigns from post as Chancellor of IUM 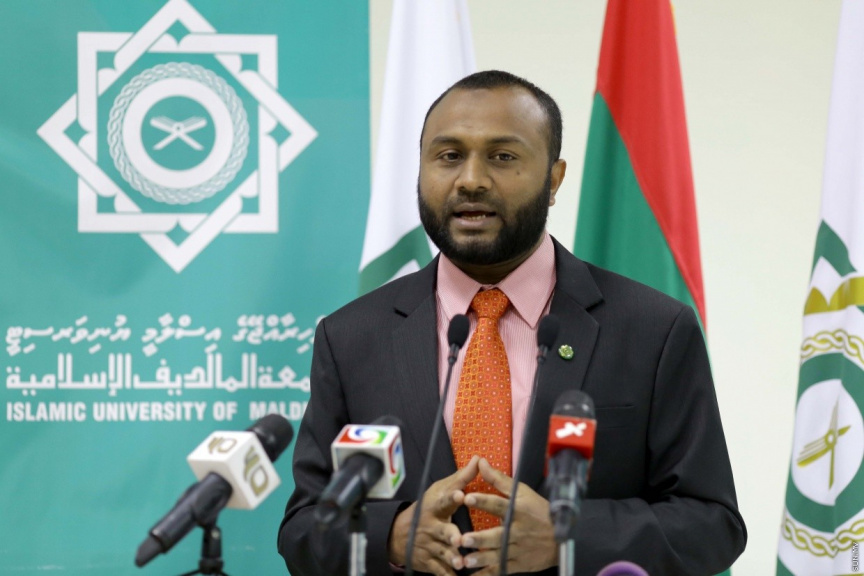 Dr. Mohamed Shaheem Ali Saeed: He resigned from his post as Chancellor of Islamic University of Maldives (IUM) on November 15, 2018. (File Photo/Sun/Fayaz Moosa)

Dr. Mohamed Shaheem Ali Saeed has resigned from his post as Chancellor of the Islamic University of Maldives (IUM).

Shaheem, who ran for vice presidency as President Abdulla Yameen Abdul Gayoom’s running mate handed in his letter of resignation this Thursday morning.

Shaheem’s resignation comes less than two days before Yameen is scheduled to vacate his seat to President-elect Ibrahim Mohamed Solih (Ibu) – who will be sworn in to office on Saturday.

Shaheem played a key role in establishment of IUM – which was founded while he was Minister of Islamic Affairs. He served as Vice Chancellor of IUM, and later replaced Dr. Zahir Hussain to become the university’s second Chancellor on August 22, 2016.

Dr. Shaheem had made few public appearances since the election defeat in September but had announced in a Facebook post on November 4 that he plans on returning to politics in mid-November.

Solih to move house to Muliaage after inauguration