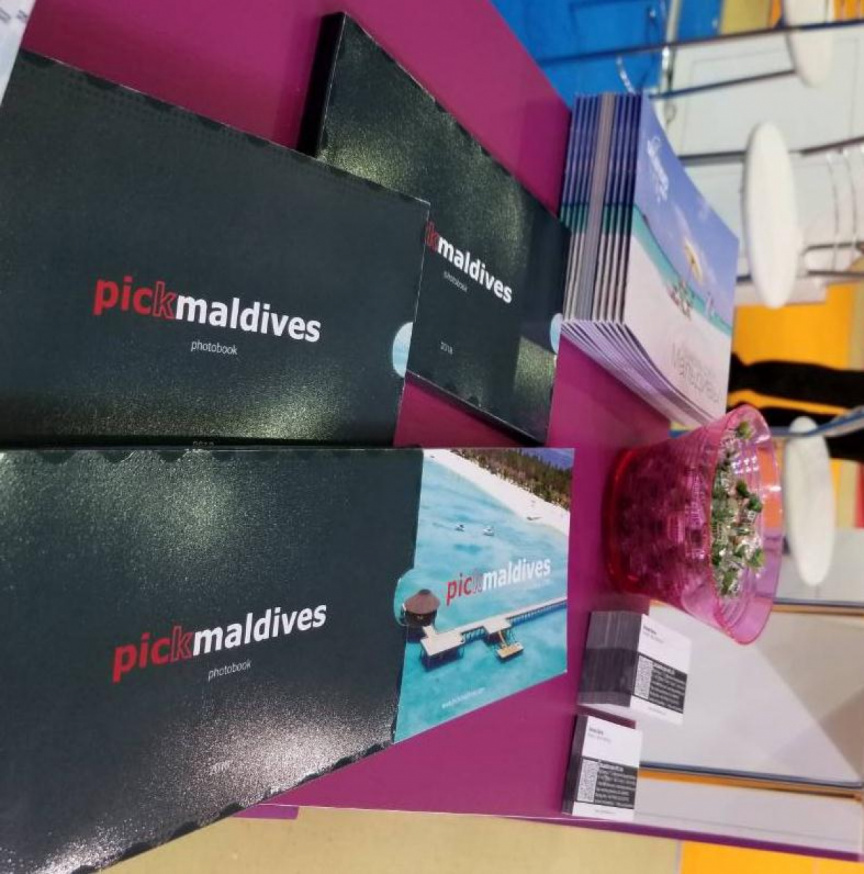 Designed with images of the natural beauty in the Maldives along with destination reviews and quotes from tourists around the world to promote the Maldivian tourism, the Photobook by PICK MALDIVES brand has become a world renowned sensation with it’s first edition.

Launched at the ITB Berlin 2018, the PICK MALDIVES Photobook contains images of the Maldivian resorts, guest houses, city hotels and liveaboards. Developed on the concept of a luxury souvenir, the Photobook is a high quality print dedicated as a Maldivian beauty PR publication distributed around the globe.

The Photobook has also debuted at travel exhibitions around the world including the Arabian Travel Market trade show (ATM) and World Travel Market (WTM) along with travel shows and exhibitions in Paris, Dubai, Moscow and Munich.

Aside from the exhibitions, the PICK MALDIVES publication is also has been successfully distributed in growing tourist markets such as Manchester, Rome, Hong Kong, Shanghai, South Korea, Kuala Lumpur, Colombo, Mumbai, Singapore and Bangkok through PICK MALDIVES ambassadors. According to the Founder of the initiative, Riaayath Abdul Majeed, “the book has been widely accepted by everyone.”

He said that the PICK MALDIVES Photobook has received a tremendous support from the Maldives and the international community and similar to this year, the next year’s edition will feature the strongest competitors in Maldivian tourism.

Founder of Pick Maldives in Germany to promote Maldives