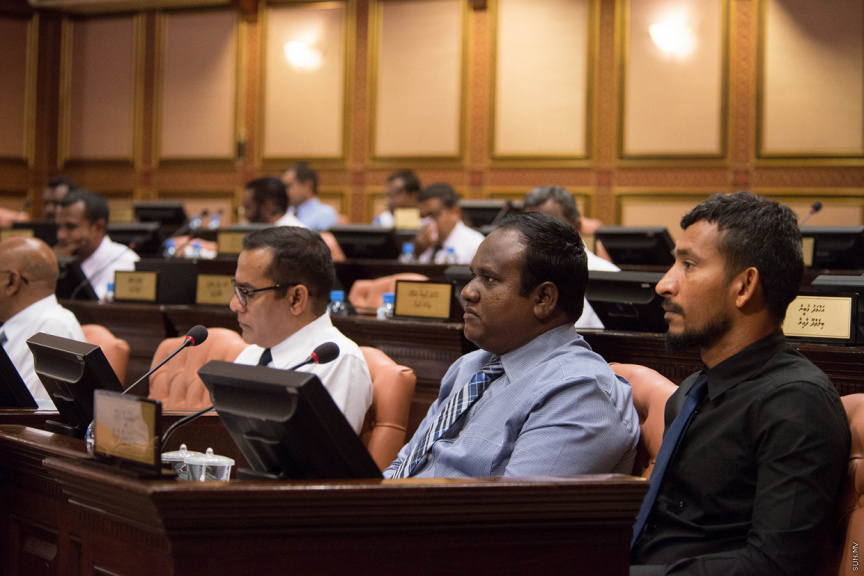 Inside the first sitting of the thirt term of the Parliament in 2018. (Photo/Parliament)

The annual state budget for the year 2019 is set to be presented at the Parliament next week.

On behalf of the President Elect, Ibrahim Mohamed Solih, an annual budget of MVR 29.6 billion has been sent to the Ministry of Finance and Treasury for the coming year.

Sources have said that budget will be presented at the Parliament floor on Tuesday.

The Committee today decided that each MP will have 15 minutes to debate the budget after it comes to the floor and seven minutes after the Committee Report.

According to the Finance Law, the state budget has to be presented before the end of October. The newly elected government sent the budget to the Parliament on 31 October.