Dr. Shaheed calls for coalition leaders to disclose their deals 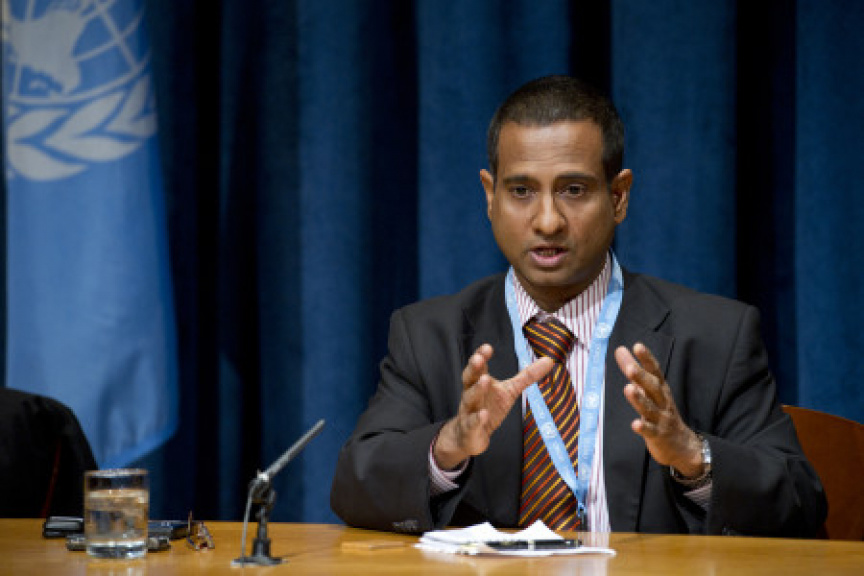 Former Minister of Foreign Affairs, Dr. Ahmed Shaheed has called for disclosure of the deals made by the four opposition coalition leaders to defeat President Abdulla Yameen Abdul Gayoom.

The tweet by Dr. Shaheed follows statements by coalition leaders - former Maldivian presidents Maumoon Abdul Gayoom and Mohamed Nasheed - that all coalition leaders had agreed to support candidacy of the 12 reinstated parliamentarians in their respective constituencies for the upcoming parliamentary elections without internal primaries.

The 12 reinstated parliamentarians met with Nasheed last Monday, after which they told the press that Nasheed told them they deserved party tickets for their sacrifice. And that he would work to ensure they are elected to the parliament.

Soon after, Maumoon tweeted that all coalition leaders had agreed to support candidacy of the 12 reinstated parliamentarians in their respective constituencies for the upcoming parliamentary elections without internal primaries.

All coalition partners have already agreed to support the candidacy of the 12 MPs in their respective constituencies without going through a primary in the 2019 Majlis elections.

Following public outrage over such a move - deemed disrespectful of due democratic process – Nasheed tweeted that internal democracy of the Maldivian Democratic Party (MDP) was of the utmost importance. And that though only political parties of only a few countries go through internal primaries for parliamentary elections, he is of the opinion that MDP’s tickets should be given after primaries.

And Maumoon tweeted that he welcomed and appreciated both favorable and unfavorable comments regarding his tweet on supporting candidacy of the 12 parliamentarians. And that everybody was entitled to express his or her opinion freely and fearlessly.

I thank and welcome all those who have commented either favorably or unfavorably on what I had said in my tweet yesterday about the 12 MPs. After all everybody is entitled to express his/her views freely and without fear. That is democracy!

Dr. Shaheed has also advocated for disclosure of deals made between politicians in the past. Most notably during the campaign for the 2008 presidential elections when he urged the disclosure of an alleged deal made between Maumoon – the president at the time – and current President Abdulla Yameen Abdul Gayoom – then the leader of PA – to share power.