Sheesha launches new model of Honda Wave 125i with Saaid 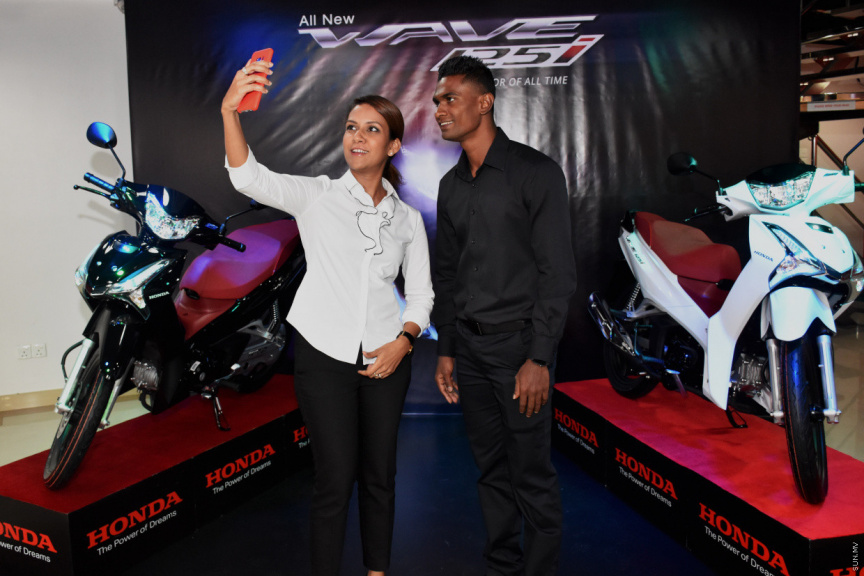 Sheesha, the authorized distributor for Honda products in Maldives, has launched the new model of Honda Wave 125i with the company’s new brand ambassador, Maldivian athlete Hassan Saaid.

Saaid – one of the most successful athletes in the country’s history – signed on as brand ambassador for Sheesha this Thursday morning.

The agreement was signed on behalf of Sheesha by the company’s Operations and Marketing Manager, Fathimath Juman.

Speaking to press after signing Saaid on as the company’s first brand ambassador, Juman praised Saaid for his discipline and the many medals he has won for Maldives. She said Sheesha is ready to provide its full support to Saaid.

Sheesha’s new brand ambassador, Saaid launched the new model of the Honda Wave 125i to the Maldivian market. He has also been gifted with the new motorcycle model himself by Sheesha.

Sheesha reports the new Honda Wave 125i model with its improved fuel injector and engine is the most fuel cost efficient model Honda has ever released.

Like other Sheesha products, the new model is also available for purchase on installment basis. Customers need to pay a down payment of 10 percent of the total cost of the motorcycle, and installments at 1.5 percent over a period of 36 months.

Saaid holds the national record for the 100-meter race at 10.33 seconds.

He has competed in multiple regional competitions and won multiple medals for Maldives, including the gold medal in the 100-meter race during the Indian Ocean Islands Game in 2015.