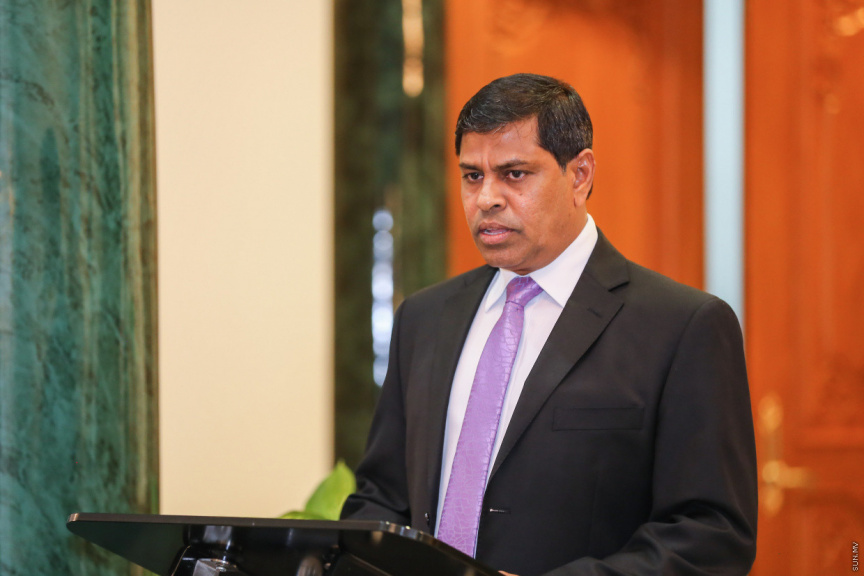 A lawmaker has submitted a motion to the People’s Majlis to dismiss Guraidhoo MP Ibrahim Riza from the Judicial Services Commission (JSC).

The motion to dismiss Riza – who was appointed a member of JSC by the People’s Majlis – was submitted by Vaikaradhoo MP Mohamed Nazim this Wednesday.

Submitting the motion, Nazim said Riza has failed to fulfil his constitutional obligations.

“Even though the Constitution obligates counsel to People’s Majlis regarding establishment of judicial justice and other court-related matters, he hasn’t provided counsel to the People’s Majlis major issues with the Maldivian justice system, and in matters citizens, the UN and the international community has pointed out lack of justice and is voicing concern regarding,” said Nazim.

Nazim also said Riza went to courts as attorneys for private clients despite his position as a member of JSC, which Nazim said was unethical.

Nazim also accused Riza of violating proper procedure and justice in investigating and issueing penalties when complaints are filed against judges.

Riza has also been accused of making use of the opportunities available to him as a member of the ruling political party and JSC to represent State companies for high fees. He said Riza was paid MVR 2.9 million to represent Maldives Ports Limited in a case – which he said was an act of corruption.