Committee votes Ibu must take oath of office on November 17 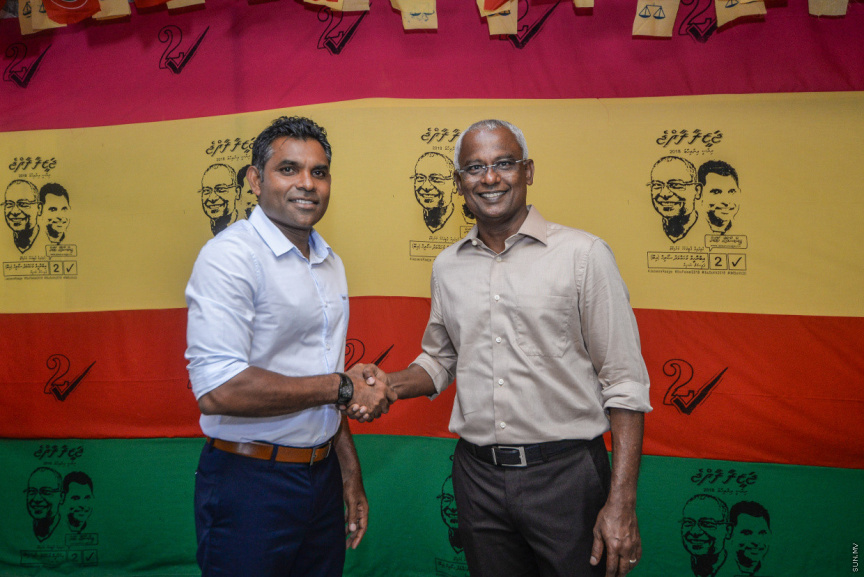 The motion to allow President-elect to take oath of office on November 11 was submitted by Deputy Speaker of People’s Majlis, Moosa Manik.

A special seven-member committee was set up to evaluate the motion this Sunday afternoon.

Member of the committee, Addu Meedhoo MP Rozaina Adam has announced the committee decided the President-elect must take his oath of office on November 17.

Rozaina tweeted that President-elect Ibrahim Mohamed Solih therefore does not object to assuming office on November 17.

‘Sun’ has been informed the People’s Majlis is scheduled to vote on the findings of the committee at 4 pm this Sunday.

Speaking during the debate on the motion earlier this Sunday morning, President-elect and Hinnavaru MP Ibrahim Mohamed Solih said he did not want to give anyone the opportunity to be able claim he swore in to office unconstitutionally.

“I cannot condone giving anyone the opportunity to, later on, claim I took by oath of office as the President of the upcoming presidential term unconstitutionally,” said Ibrahim Mohamed Solih.

He said he wished for a “decisive determination” should be made on the matter. And that he doesn’t want the decision made by the Majlis revisited later on by the Supreme Court.