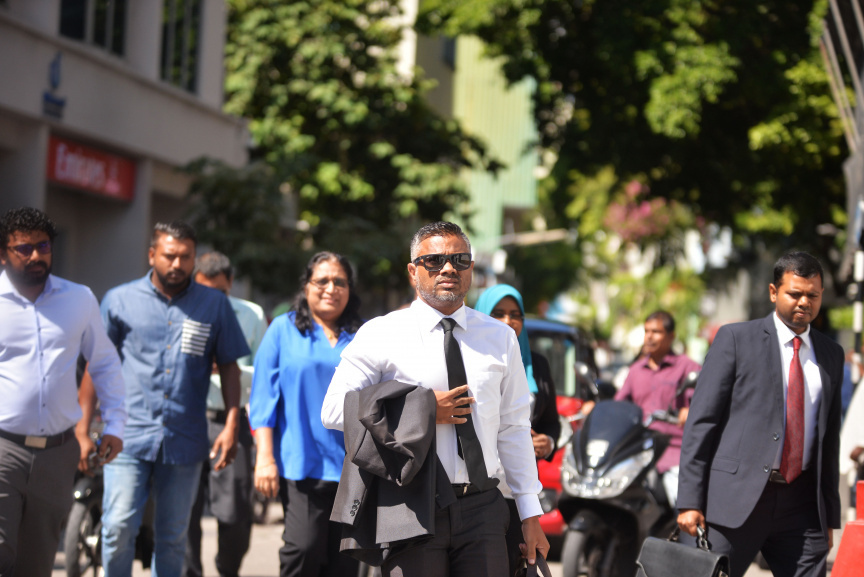 A huge queue has formed outside the Supreme Court to listen to the court’s verdict on the presidential elections held in Maldives on September 23.

The court is scheduled to announce its verdict on the petition filed by President Abdulla Yameen Abdul Gayoom to nullify the results of the election at 1 pm this Sunday. And the court will note names of those who wish to attend the hearing from 10:30 am to 12 noon.

Three hearings have been held in the case, all of which attracted huge crowds of people who wished to enter the courthouse to listen the proceedings. Some waiting in queue overnight.

Only 30 people are allowed into the gallery.