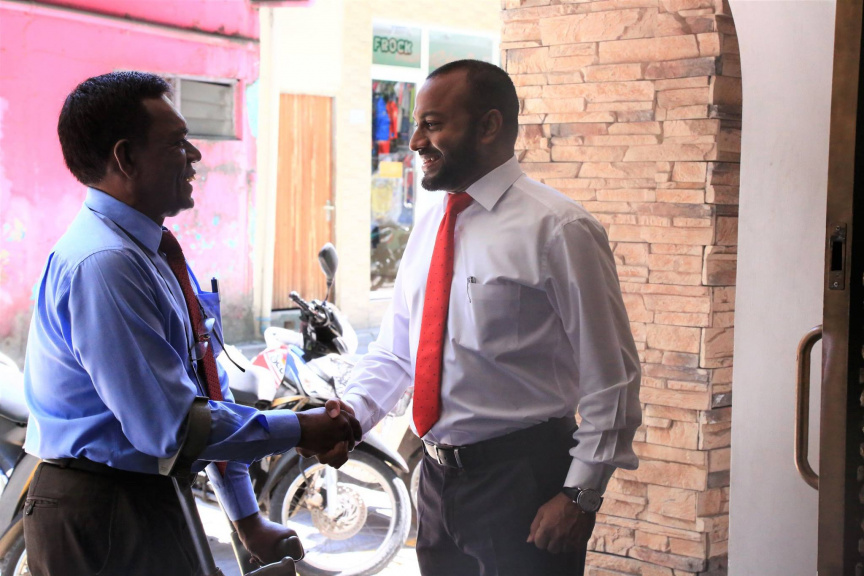 Co-chairs of the Transition Committee of President-elect Ibrahim Mohamed Solih (Ibu) have paid a visit to the Chancellor of Islamic University of Maldives (IUM), Dr. Mohamed Shaheem Ali Saeed.

The meeting between co-chairs of the Transition Committee; Dr. Mustafa Lutfi and Ibrahim Ismail (Ibra) and Dr. Shaheem took place at IUM this Thursday.

The meeting was also attended by senior management of IUM.

During the meeting, the co-chairs of the Transition Committee listened to a presentation prepared by IUM which included its vision, mission, objectives, courses offered, on-going projects, achievements and future plans.

IUM reports Dr. Shaheem, who was the running mate of President Abdulla Yameen Abdul Gayoom during the recent presidential election, provided assurance IUM will be fully cooperative to ensuring a smooth transition process.

Shaheem had initially announced the decision to resign from his post as Chancellor of IUM when he was chosen as Yameen’s running mate, but later decided to retain his position. A decision he said he made at Yameen’s request.