Yameen: Lack of grasp of human nature has been my failure 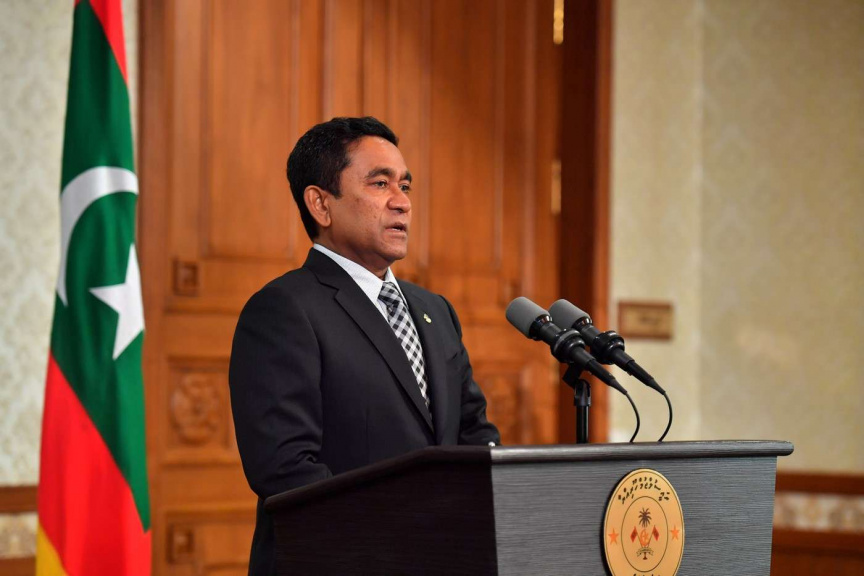 I have witnessed a great shift in the mindset of the Maldivian people as I count my last days in office, but I’m unable to comprehend the reason behind the shift, says President Abdulla Yameen Abdul Gayoom.

Yameen made the comment during his surprise televised presidential address this Wednesday afternoon.

During his address, Yameen said all his policies had been based on protecting the independence and sovereignty of Maldives. “And I have done some things which have been inconvenient for some politicians in order to do so.”

“I have nothing to say regarding politicians. But I maintain, even today, that the actions taken on those matters were for the sake of the State. For the sake of so many Maldivians,” said Yameen.

He said his five-year presidential term had been difficult, and that what he found most difficult to comprehend amid everything that happened was the changes to the mindset of people.

“This inability to understand has rendered me incapable of taking necessary action.”

Yameen said the result had been promotion of self-interest over national interest to an unprecedented level in the Maldives.

“I need to note this with great sadness even now; during my last days in office after the end of an election; consider what is being prioritized – self-interest or national interest?” asked Yameen.

Yameen said the Maldivian people were an innocent lot. But that “Maldives will never achieve progress” if leaders push national interest to the sidelines and promote their self-interest.

“I don’t believe it can progress. And I don’t see how it can ever escape pressure and dangers from foreign powers,” said Yameen.

Yameen lost his bid for re-election to opposition coalition’s candidate Ibrahim Mohamed Solih (Ibu) during the presidential elections held in Maldives on September 23.

Channel 13 Ordered to answer to BroadCom