Nasheed back in London after trip to Saudi Arabia 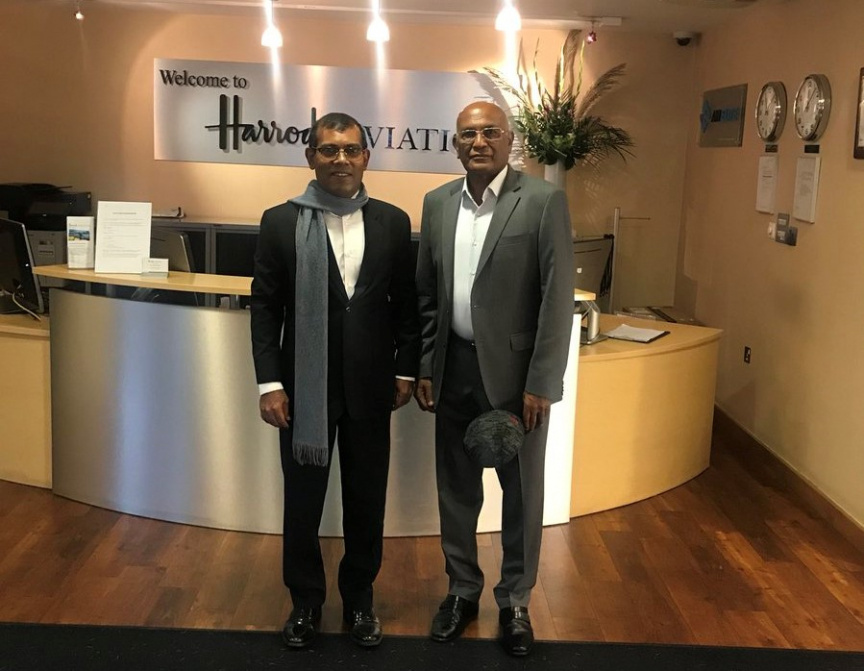 Former Maldivian President Mohamed Nasheed has returned to London, UK, after his trip to Saudi Arabia.

Nasheed, who travelled to Saudi Arabia with former Minister of Foreign Affairs Ahmed Naseem on October 15 at the invitation of King Salman bin Abdulaziz Al Saud returned to London this Wednesday.

Ahmed Naseem tweeted that the trip had been very successful and thanked both King Salman and Crown Prince Mohammed bin Salman for their hospitality.

Raees Nasheed concluded his very successful trip to Riyadh on the invitation of the Saudi Givernment and is returning to London.The special flight is estimated to land in London at 6.05 this morning Insha Allah. Grateful thanks to His Majesty and to Crown Prince

Neither Nasheed nor Ahmed Naseem have disclosed any further details of the Saudi trip.

Nasheed’s trip came at a time of intense international criticism directed at the Saudi government over the disappearance of Saudi journalist Jamal Khashoggi, who is believed to have been killed inside the Saudi Consulate in Istanbul, Turkey.

Pres: Lack of grasp of human nature has been my failure