Arrests made in connection to gang attacks in Addu, Male’ 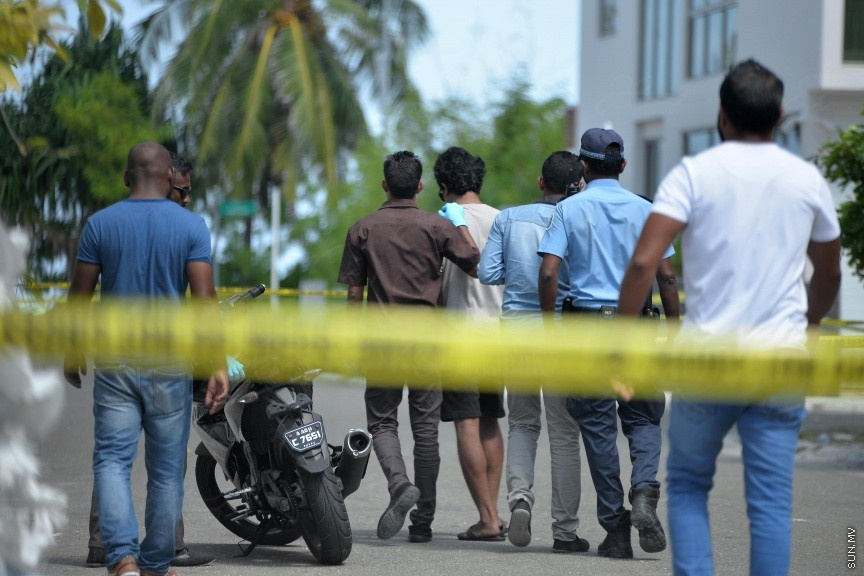 Police make an arrest in an operation in Male' City. (File Photo/Sun)

Maldives Police Service has made arrests in connection to the recent gang attacks in Addu City and Male’ City.

MPS has issued a press statement assuring the public the agency was working on stopping the serial gang attacks.

The statement comes mere hours after a 14-year-old boy was killed in a stabbing in Male’ City at approximately 2 am this Thursday.

Police announced earlier that the agency arrested 10 suspects in connection with the stabbing in which took place in Addu City last Saturday night. The agency also arrested five suspects with weapons for conspiracy to carry out a gang attack in Male’ City last Wednesday night.

The five suspects were intercepted while waiting at the Henveyru Petrol Shed to fuel their vehicles after purchasing knifes and other such weapons from a shop.

The agency reports the suspects attempted to flee when approached by officers.

However, the agency has not disclosed how many suspects it has arrested in direct connection with the fatal stabbing this Thursday.

Two people were injured in stabbings in Male’ City on Monday and Tuesday. The victim of Monday night’s stabbing is in critical condition at the ADK Hospital.