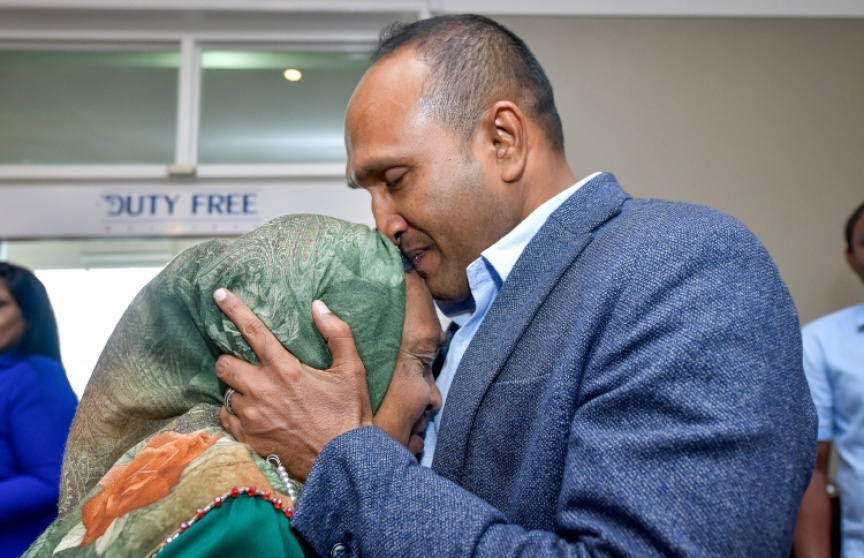 Dr. Mohamed Jameel Ahmed kisses his mother on the forehead upon arrival at Velana International Airport on October 6, 2018. (Photo/Twitter)

Dr. Jameel returned to Maldives last Saturday afternoon after more than three years in the UK.

He was greeted upon arrival at the Velana International Airport by founder of Jumhoory Party Qasim Ibrahim, to whom he serves as a political advisor. The welcoming party also included JP’s lawmakers, council members and members of his family.

Dr. Jameel, who served as the current administration’s first Vice President left for UK in 2015 following attempts to impeach him.

He has since been critical of President Abdulla Yameen Abdul Gayoom’s administration and even served as the leader of Maldives United Opposition.

Dr. Jameel has also been implicated in the attempt to arrest Yameen using a fabricated court order. And a public announcement was issued by Maldives Police Service to locate Dr. Jameel for questioning in the case.