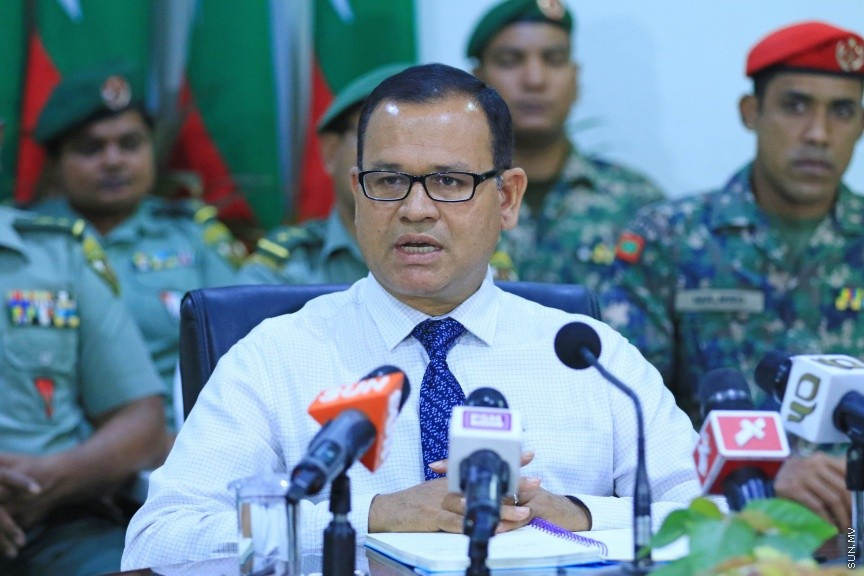 A group of four lawmakers have requested that Minister of Defense, Adam Shareef Umar be summoned to the National Security Committee of the People’s Majlis for questioning regarding a post he made on his personal Facebook account.

In a letter to the Chair of National Security Committee, Kendhikulhudhoo MP Ali Mauroof, the four lawmakers noted that Adam Shareef Umar posted on his Facebook that authorities were receiving information regarding a plot to create unrest in the country in the coming days, and that Maldives National Defense Force and Maldives Police Service was keeping a close watch on the situation.

“Writing on his Facebook page after receiving information on a plot to threaten the national security is very irresponsible of a person serving as Minister of Defense,” wrote the four lawmakers in the letter.

The four lawmakers said that it was the legal duty of Minister of Defense to ensure every Maldivian citizen is able to live in peace and security and enjoy freedom. And that they therefore request MP Ali Mauroof to hold a National Security Committee meeting and summon Adam Shareef Umar to the meeting for questioning regarding the irresponsible action.