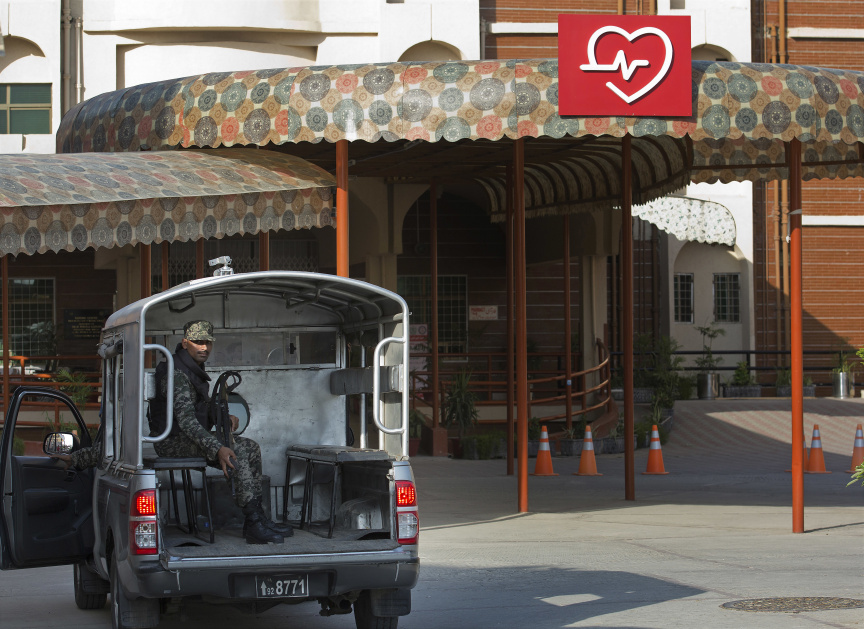 A Pakistani security officer guards the cardiac ward, where jailed former Prime Minister Nawaz Sharif is being treated, in Islamabad, Pakistan, Tuesday, July 231, 2018. Sharif was moved from his cell to the main hospital in Islamabad after suffering heart trouble, an official said Sunday. (AP Photo/B.K. Bangash)

ISLAMABAD (AP) — A Pakistani official says former Prime Minister Nawaz Sharif has returned to his prison cell after being hospitalized with heart trouble over the weekend.

Wasim Khwaja, an official at the Pakistan Institute of Medical Sciences, said Tuesday that Sharif's condition was stable when he left the hospital's cardiac center.

Sharif was arrested along with daughter, Maryam Nawaz, upon returning home from London to face a 10-year prison sentence for corruption. His daughter was given seven years in the same case. He was dismissed from office by the Supreme Court last July. A court will hear their appeals on Aug 2.

Sharif and his family have denied any wrongdoing.

Pakistan seeks extradition of IS leader from Afghan

Suicide bombing at mosque in Afghan kills at least 29