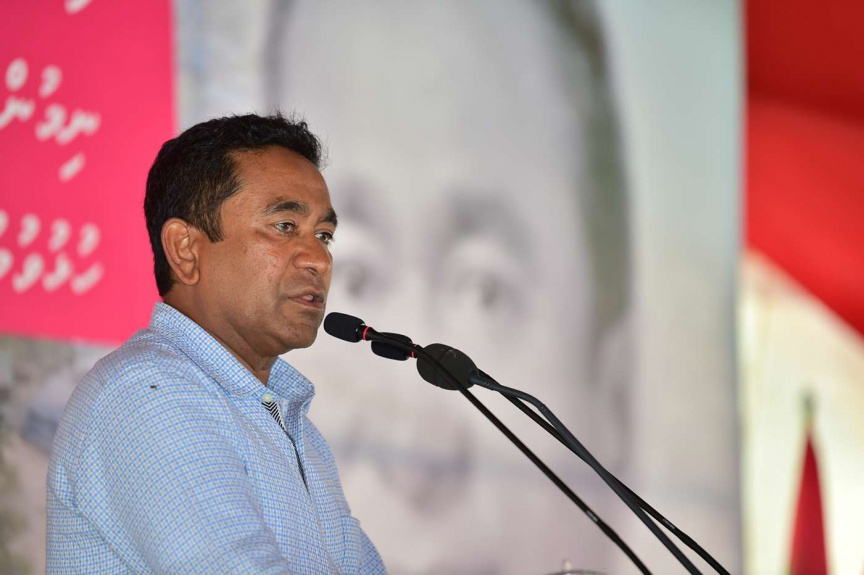 President Abdulla Yameen Abdul Gayoom at the a function.

The President's Office said that clemency will be shown under the Article 29 of Clemency Law to the people who meet the conditions. And the President decided it would take place after a special committee conducts interviews with inmates and their families.

President's Office said that if person under clemency violates the conditions, that person may be returned to the state before the President's clemency and complete the remainder of the sentence before clemency.

Clemency under the authority of the President does not include those serving time for the crimes of murder, violation of Islamic Law, terrorism, child abuse, drug trade and rape.

Even with clemency, any fines or payment that need to be made would still have to be made.