Nashaath appointed a member of EC 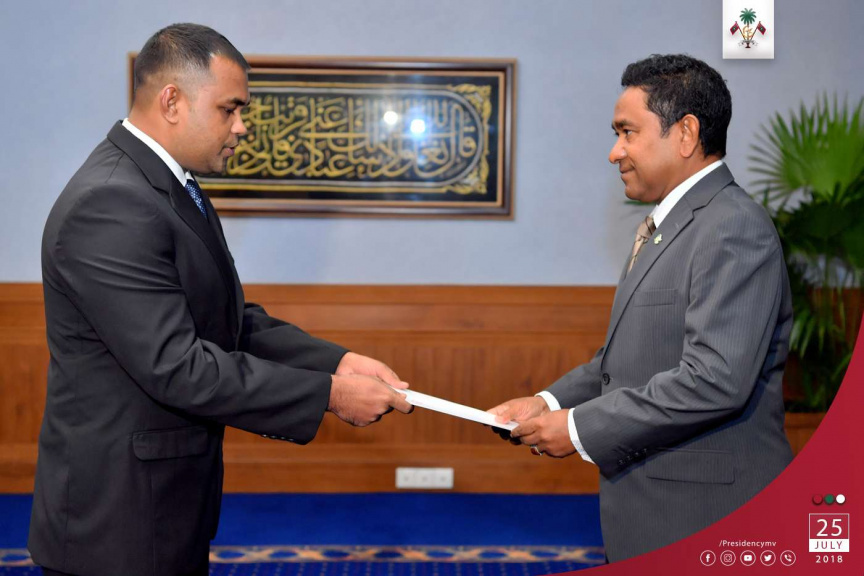 Ali Nashaath from Haali at A. A. Feridhoo has been appointed a member of Elections Commission (EC) by President Abdulla Yameen Abdul Gayoom.

Nashaath won the backing of the People’s Majlis for the vacant seat at EC with the unanimous vote of 32 lawmakers present during the sitting.

The Committee on Independent Institutions of People’s Majlis gave Nashaath over 75 percent marks after review. And all eight members of the committee who attended the voting approved the nomination.

Nashaath previously worked as a Director at EC. He will fill the seat vacated by former member of EC Mohamed Shakeel who resigned from the post.