EC: Will not stay from responsibility in fear of action from third party 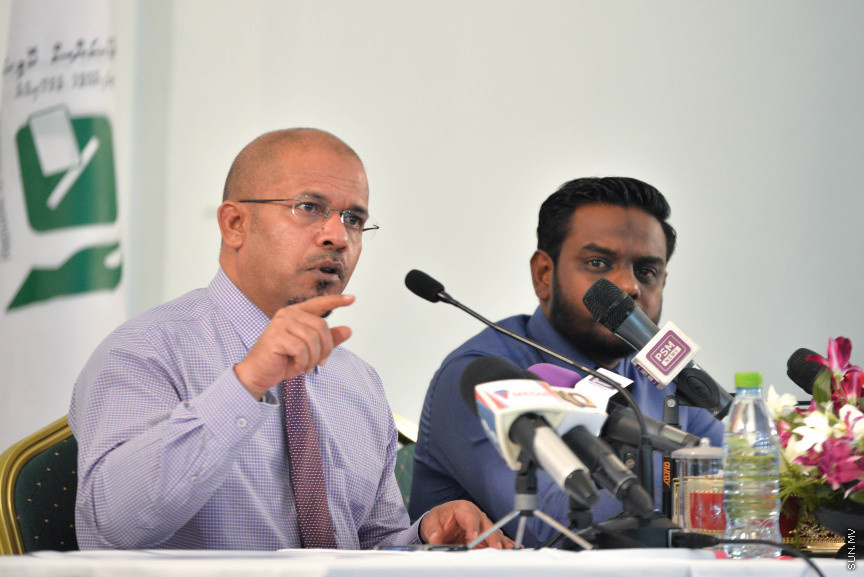 Inside a press conference by the Elections Commission. (Sun Photo/Mohamed Afrah)

Elections Commission has said that they would not stay from constitutional responsibilites because of any action that might be taken against them.

Member of the Election Commission, Ahmed Akram, said that they are not aware that the EU has taken any measures against the President of the Commission or any of it's member.

While Akram has made the remarks, the former President, Mohamed Nasheed, has sent out a tweet today saying that EU has taken action against President Yameen and some of the Supreme Court Judges and some cabinet ministers.

The Elections Commission member said that neither the President of the Commission nor it's members would hesitate to fulfill their constitutional duties.

EU said that they would take targeted action if the situation in the country.