Robot used in search for man missing at sea 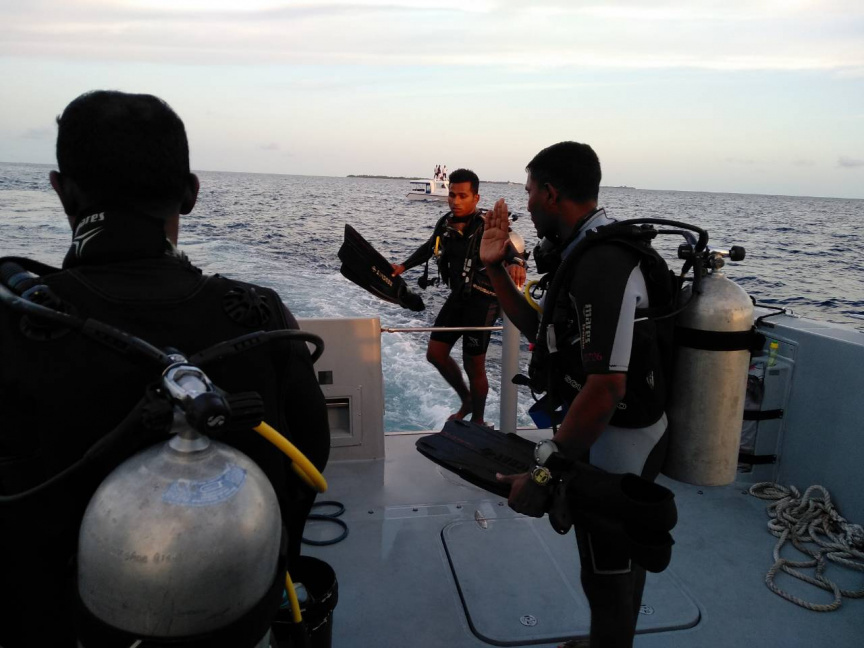 Coastguard divers pictured during operation to find man who fell overboard from a boat in A. Dh. Atoll on July 13, 2018. (Photo/MNDF)

The Maldives National Defense Force (MNDF)’s Coastguard are using a robot diver in the search for the man who went missing at sea last Friday.

Ahmed Naseer, 56, from Uthurugey at F. Biledhdhoo was onboard the boat ‘Target’ on a fishing expedition near the Vilamandhoo Island Resort and Spa located in A. Dh. Atoll when he fell overboard.

He has been missing since.

Robots have the capability to overcome issues such as high air pressure which humans face when diving deep into the water.

The Coastguard used the robot in its recent search for the group of boys who went missing from Addu City, and is using the robot diver again in their search for Ahmed Naseer.

The authority says it has also asked for assistance from air taxis travelling over the area in its search for Ahmed Naseer.

He was wearing a black t-shirt and brown trousers when he fell overboard.