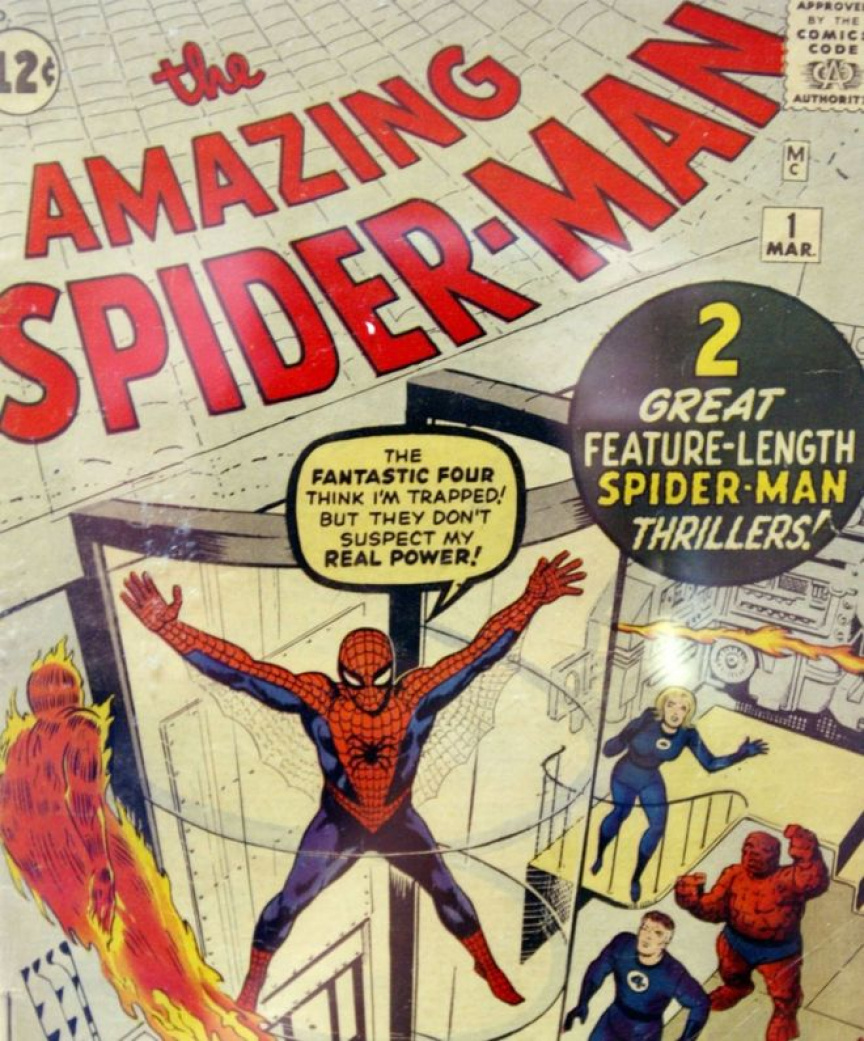 NEW YORK (AP) — Steve Ditko, the Marvel Comics artist who gave the world the woven webs and soaring red-and-blue shape of Spider-Man and the other-worldly shimmer of Doctor Strange, has died, authorities said Friday. He was 90.

Ditko was found June 29 in his Manhattan apartment and was pronounced dead at the scene, police Lt. Paul Ng said. No further details were immediately available.

Spider-Man would go on to become arguably the most indispensable and recognizable character in the Marvel universe, and Doctor Strange a member of its permanent pantheon. The adventures of both have been turned into blockbuster films, and both had essential roles in the recent "Avengers: Infinity War."

"Today, the Marvel family mourns the loss of Steve Ditko," said Dan Buckley, president of Marvel Entertainment. "Steve transformed the industry and the Marvel Universe, and his legacy will never be forgotten."

While Lee embraced his status as a creative god among comics fans, appearing at conventions and in constant cameos in Marvel's films, Ditko was a recluse who won the worship of the most hardcore comic-book geeks.

They were quick to praise him and the massive influence he had on art, film and culture Friday.

"Thank you Steve Ditko, for making my childhood weirder," fantasy author and graphic novel author Neil Gaiman said in a series of tweets to his 2.7 million followers. "He saw things his own way, and he gave us ways of seeing that were unique. Often copied. Never equalled. I know I'm a different person because he was in the world."

Edgar Wright, director of movies including "Baby Driver" and "Shaun of the Dead," said on Twitter that Ditko was "influential on countless planes of existence."

"Comics are unimaginable without his influence," tweeted Patch Zircher, a comic-book artist who has worked on "Batman" and "Superman" for DC Comics. "He co-created Spider-man, which will be remembered as significant as Doyle creating Sherlock Holmes or Fleming creating James Bond. Spider-man may outlast them both."

English TV and radio host and comic books super-fan Jonathan Martin tweeted that Ditko was "the single greatest comic book artist and creator who ever lived."

The son of a steel-mill worker, Ditko was born in Johnstown, Pennsylvania, in 1927. He served in the army in Europe after World War II and began working in comics in the 1950s in New York, eventually landing a drawing job with Marvel forerunner Atlas Comics.

Jack Kirby, Lee's artist on the Fantastic Four and many other Marvel characters, took a stab at creating Spider-Man in 1961, but Lee was unsatisfied and gave the gig to Ditko, who gave Spidey the essential look he still has today.

Ditko left Marvel in 1966, but returned in 1979. One of his later creations was Squirrel Girl, who after her debut in 1992 became a cult favorite among comics fans.

He maintained a writing studio in Manhattan until his death, but had no known surviving family members and was incredibly reclusive, turning down nearly all offers to do interviews, meet fans or appear at movie premieres.

"We didn't approach him," Scott Derrickson, director of the 2016 movie "Doctor Strange," told The Hollywood Reporter. "He's like J.D. Salinger. He is private and has intentionally stayed out of the spotlight. I hope he goes to see the movie wherever he is, because I think we paid homage to his work."