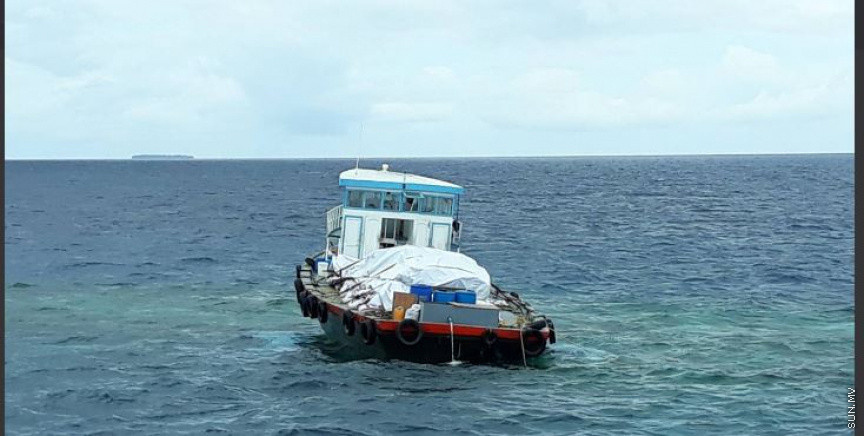 A vessel crashed on a reef of Meemu Atoll. (Photo/Reader)

Three vessels traveling to the Meemu Atoll last night has wrecked on a reef.

Sun Media has learned that three vessels that crashed on the reef are Litus Carry 6, Fresh 6 and another vessel traveling to Hakura Hura in the atoll.

All three were crashed on the reef of the Meemu atoll but it is unclear, at this time, which area of the atoll the incidents took place on.

While Sun Media has received pictured of twp vessels crashed on the reef, the details of the damage sustained by the vessels are not available at this time.

Muizzu: 40+ can apply for flats