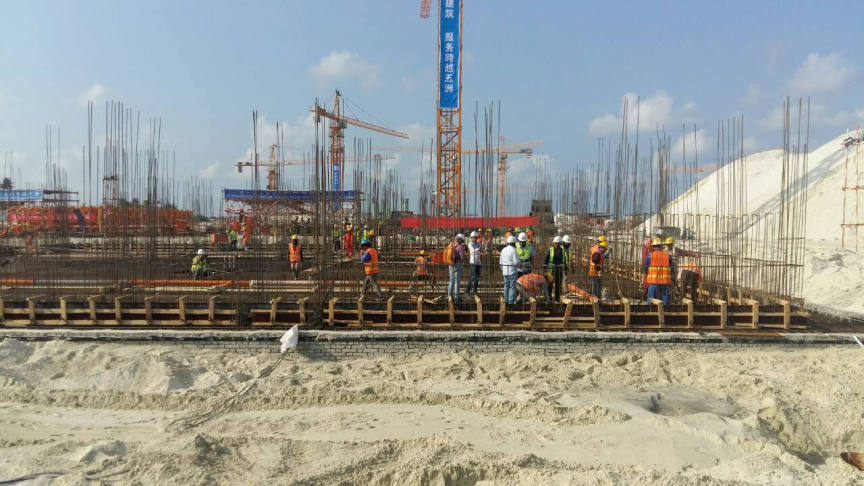 Inside the construction of the 7,000 flats under Hiyaa Housing Project. (Sun Photo/Jazlan Mohamed)

A bid announcement has been made, for a third time, to build a 15 floor residential tower for Fenaka Corporation as part of the government's housing project, Hiyaa.

The announcement made by Fenaka yesterday said that parties interested in building a 15 floor residential tower on the 12,000 square foot land allocated for Fenaka Corporation under the Phase 2 of the Hulhumale' Development Project, may submit their bids before next Monday.

The company said that the bid winner would have to complete the first five floors of the tower within six months after starting the project. And the tower has to be completed within 24 months.

The company employees about 2,000 employees.

Under the Hiyaa Project, residential towers are being built for a number of state companies.