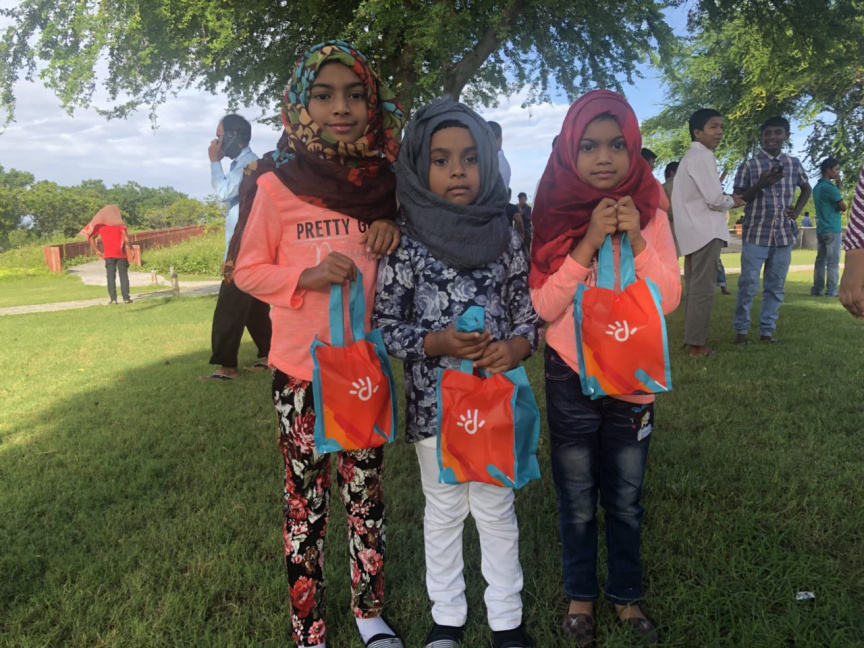 Dhiraagu began by distributing gifts to children on the morning of the Eid. The activity, which is run each year in Male’ City, was simultaneously also run in islands Dhiraagu has regional operation centers in, this year.

The company noted that the exchange of gifts during Eid is an age old Maldivian custom, and said such customs will strengthen unity and include everyone in joyful Eid celebrations.

It said the opportunity to be able to gift useful items to children on occasion of Eid al-Fitr was a pleasure for each and every employee of Dhiraagu.

Dhiraagu later organized a lights show for children at the Tsunami Monument on the evening of the Eid.

The company reports the lights show was a huge success, and that over 500 children visited the Monument to enjoy the show.

Gifts were distributed to children who went to see the lights show as well.

Roboman, who made an appearance during the show proved to be a huge hit with the children. Dhiraagu reports that many children danced with the Roboman and took pictures with him.

Dhiraagu says protecting the rights of children is a huge priority of the company under its Corporate Social Responsibility projects.