MPL contracted to develop Dhoogas as a City Hotel 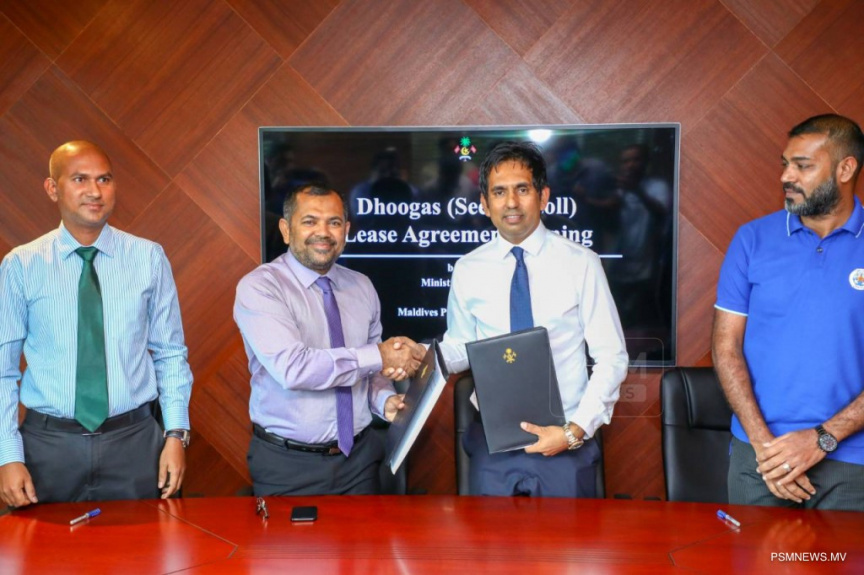 Inside the lease agreement signing of Dhoogas, Addu City. (Photo/PSM)

Maldives Ports Limited (MPL) has been contracted to develop Dhoogas in Addu City as a City Hotel.

Speaking at the contract signing today at the Tourism Ministry, the CEO of MPL, Ibrahim Abdul Razzaq Haleem said that they are developing as a City Hotel in an effort to bring the development the people need in Addu City and Fuvahmulah City.

Haleem said that the City Hotel will open up over 200 employment opportunities for people of Addu City.

He said that an efficient Dhoogas City Hotel is a dream of the people of Addu City and a guesthouse of 200 beds will be developed there in about two months.

The Tourism minister, Mooza Zameer also spoke at the ceremony saying that Dhoogas City Hotel will bring employment opportunities for the youth of Addu City.

Since Dhoogas was initially developed during the British occupation in the Maldives, it is the oldest guesthouse in the country. After the British left, the place is used by the state.

2 arrested for stabbing teen in Feydhoo