ACC orders to claim USD 110 M from Villa as damages 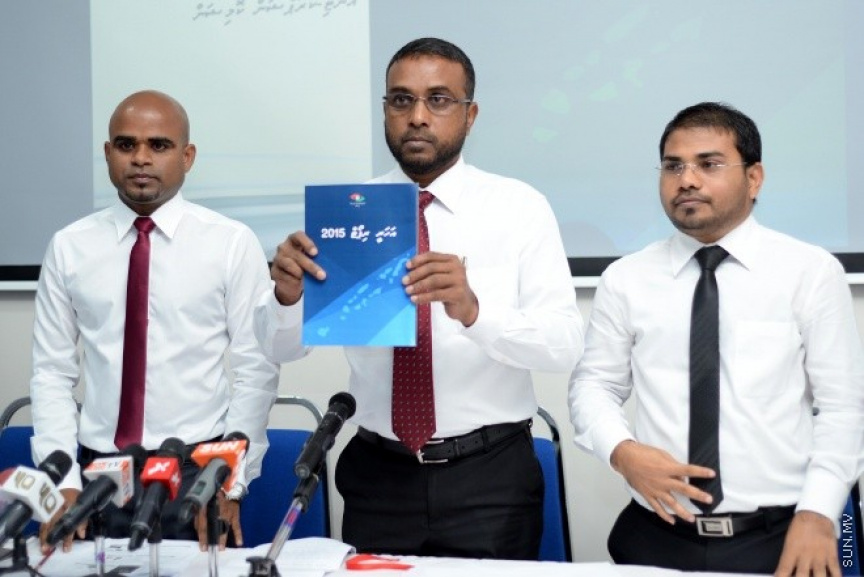 President of the ACC, Hassan Luthufee (C) and some of it members at the launch ceremony of their Annual Report 2015.

Anti-Corruption Commission (ACC) has ordered the Tourism Ministry to claim USD 110 million (MVR 1.69 million) from Villa Group as damages for giving the settlement agreements for the development of different islands and lagoons as resorts which were contracted to companies under the Villa Group.

The state signed a settlement agreement with Villa Group in December 2013.

Regarding the case, the ACC has questioned and investigated the former Vice President, Ahmed Adheeb Abdul Gafoor and investigated him. ACC has now ruled that Adheeb commited an act of corruption and sent the case for prosecution.

A settlement agreement was signed with Villa after, Ali Ibrahim, a relative of the Chairman of Villa Group, Qasim Ibrahim, owed USD 9.7 million to the state and the two parties negotiated a settlement.

After the government terminated the agreement, the Civil Court ruled that the agreement was made illegally and the Supreme Court has supported the lower court in their decision.

The ACC decision on the matter states that USD 94 million as rent for six different places were delayed under the agreement. And another USD 15 million for extending the rent period has not been paid to the state.

According to the Tourism Law at the time, a fee of USD 100,000 has to be paid to extend the lease of a state owned land or island. The ACC said that under the settlement agreement, the leasing period was extended by 50 years without a fee.

And the deadline to develop and open the lands were also changed without a fee with the intention of extending the lease for another 50 years according to the ACC.

MPL contracted to develop Dhoogas as a City Hotel