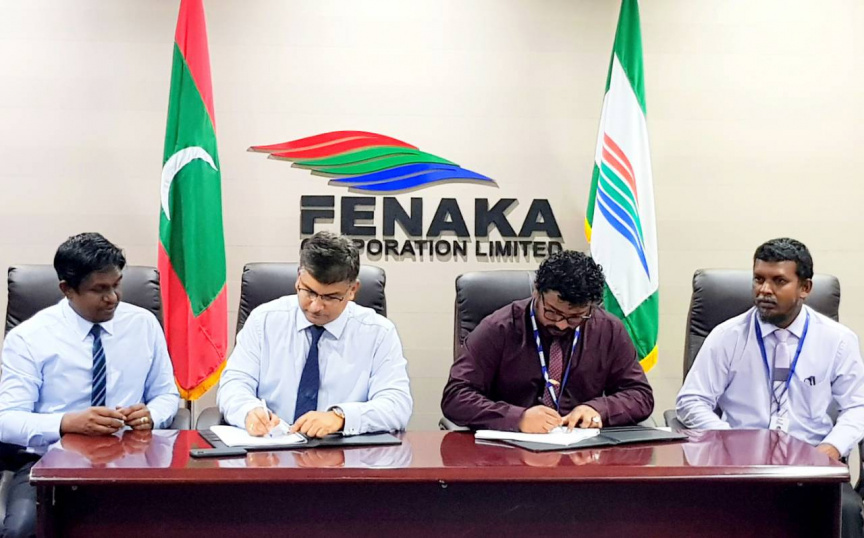 Local utilities company in the atolls, Fenaka Corporation, has said that they would be announcing a major project next month.

Talking to the press inside trip across the country by the Deputy Managing Director of Fenaka Corp., Mohamed Lamaan to meet the regional heads of Fenaka Corporation, Lamaan said that it's going to be project that would be very benefitial to the public.

On his vist, Lamaan said that the purpose of his visits was to confirm the quality of the powerhouses in each region and listen to the concerns of the public.

He said that discussions were held on closer cooperation between the regions and the company departments, challenges in the work environment and in providing services. Lamaan said that the public concerns have been more clear after the trip.

ACC orders to claim USD 110 M from Villa as damages