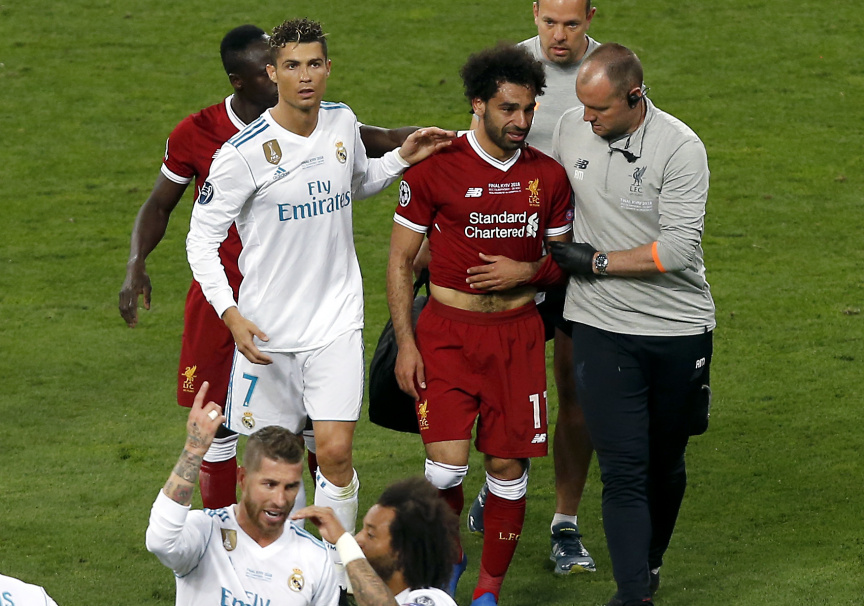 VALENCIA, Spain (AP) — The Egyptian Football Federation says Mohamed Salah's shoulder injury will not keep him out for longer than three weeks, meaning he should be fit to play at least some part in the country's World Cup campaign.

The Liverpool forward was injured in the first half of Saturday's Champions League final against Real Madrid and left the field in tears. Liverpool manager Jurgen Klopp said after the game that Salah's World Cup campaign was in jeopardy but the EFA gave an optimistic update on Wednesday after its president Hani Abu Reda, national team coach Hector Cuper and doctor Mohamed Abou El-Ela met with the forward in Valencia, where the 25-year-old is undergoing treatment and rehabilitation.

A post on the federation's Facebook page said that "the period of absence of Salah due to injury will not exceed three weeks."

That could still rule him out of Egypt's opening World Cup match on June 15 against Uruguay, with their second against hosts Russia coming four days later.

But if he misses those games, he could play in Egypt's final group match against Saudi Arabia on June 25.