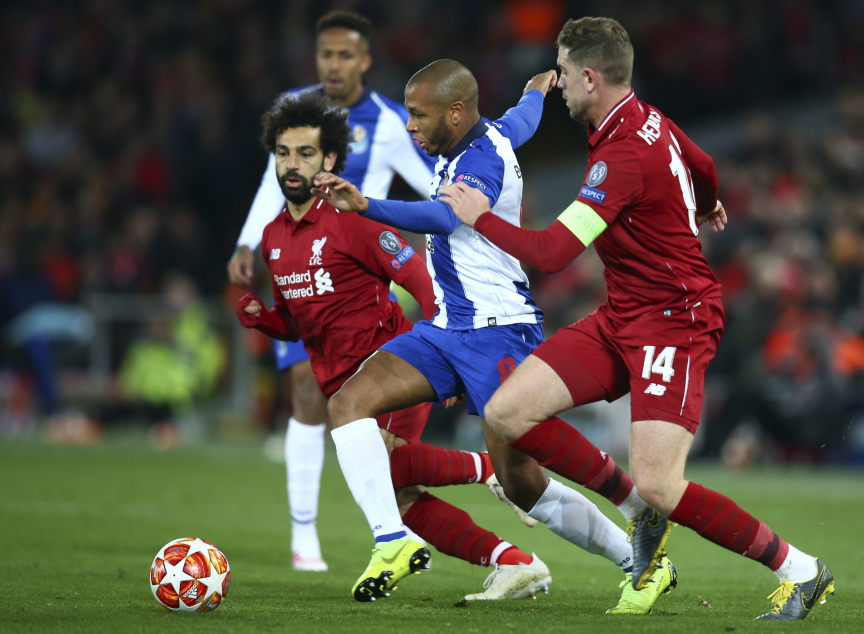 PRAGUE (AP) — Three Chelsea fans were turned away from the team's Europa League quarterfinal at Slavia Prague on Thursday after the Premier League club identified them in a video appearing to sing a racist song about Liverpool forward Mohamed Salah.

The video, which has been widely shared on social media, showed a group singing "Salah is a bomber" apparently in reference to the Egypt international.

Chelsea said in a statement on the club website: "Chelsea FC finds all forms of discriminatory behavior abhorrent and where there is clear evidence of Chelsea season ticket holders or members involved in such behavior, we will take the strongest possible action against them.

"Such individuals are an embarrassment to the vast majority of Chelsea supporters who won't tolerate them in their club."

England's Press Association reported that the three supporters were refused entry to Thursday's game in Prague after being identified as part of the group in the video.

Liverpool also released a statement, which read: "The video circulating online, showing vile discriminatory chants being aimed at one of our players, is dangerous and disturbing. Already this season, we have seen repulsive discriminatory abuse inside stadiums in England, Europe and across the world; abuse that was captured on devices and put into the public domain. We have also witnessed numerous hateful attacks on social media.

"This behavior needs to be called out for what it is — unadulterated bigotry."

Injured Salah 'confident' of being fit for World Cup

Salah's World Cup in doubt as Egyptians turn on Ramos

Fasting or not, Klopp says Salah 'full of power'