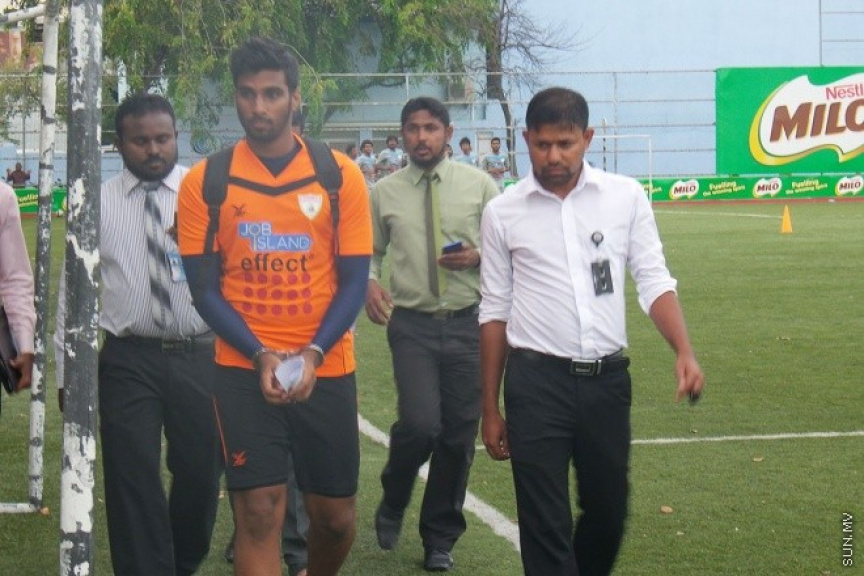 Ibrahim Labaan Shareef, the goalkeeper of football club Eagles, who was sentenced to prison for assaulting a police officer during the May Day Protest of 2015, has received the presidential pardon.

Labaan’s pardon comes after completion of three years of the five-year sentence issued against him.

He was imprisoned at just 19 years.

Labaan, an up-and-coming football player when he was prisoned, reported to media after his imprisonment that he doesn’t plan on playing football again.

An exemplary prisoner, Labaan served as Imam during his time in Maafushi Prison.

His family, too, has noted a great change in his behavior since his imprisonment.

Another May Day Protest prisoner, Nasira Ali, was freed in 2017. She, too, was given the presidential pardon.