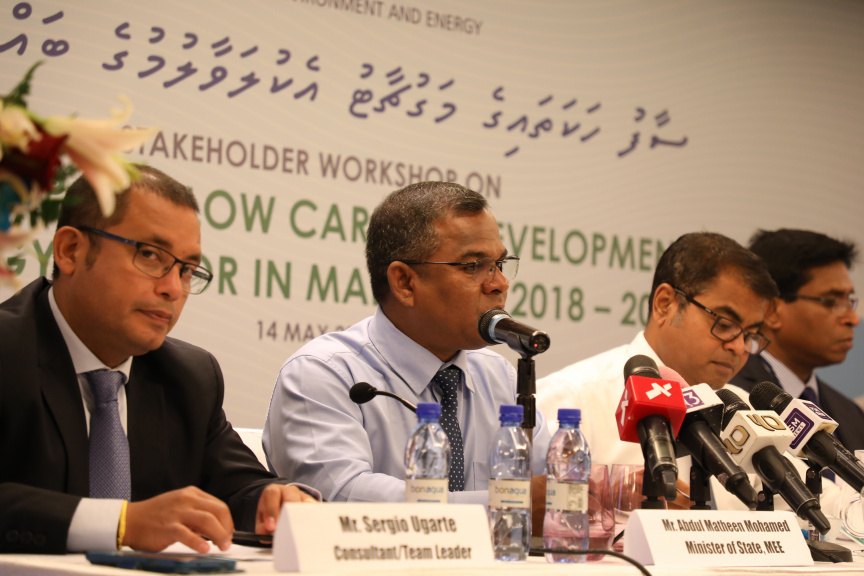 A workshop was held this Tuesday to discuss the Maldivian government’s draft roadmap for low carbon development in the country.

The workshop was attended by stakeholders including relevant government institutions, energy production and service providers in Maldives, and private companies involved in development of the energy sector in Maldives.

The latest draft of the roadmap was shared and discussed among the stakeholders at the workshop.

The Low Carbon Roadmap (2018-2025) is a roadmap to reduce dependency on fuel by converting 70 percent of the total energy consumption to clean energy, and establish a sustainable clean energy production system in Maldives using modern technology.

This is the first such roadmap to be attempted in the country.

The roadmap to achieve the target is being developed by the Ministry of Environment and Energy of Maldives, in collaboration with the Asian Development Bank (ADB).

All policies related to energy development in Maldives have been reviewed, and the success of the policies have been evaluated in order to compile the new roadmap.