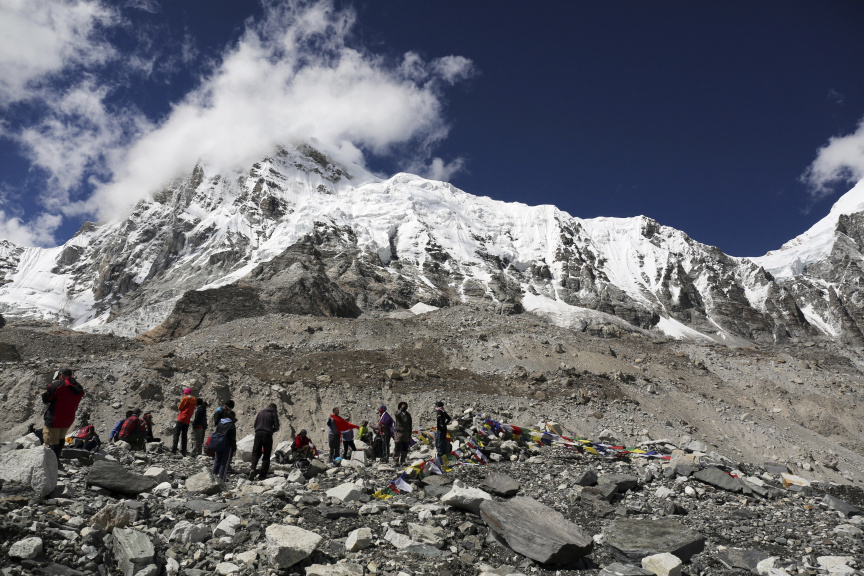 KATHMANDU, Nepal (AP) — An Australian mountaineer scaled Mount Everest on Monday, completing his quest to climb the highest peaks on all seven continents in record time, an expedition organizer said.

Iswari Poudel of Himalayan Guides Nepal said he received a phone call from Mount Everest base camp saying that Plain along with two guides reached the 8,850-meter (29,035-foot) peak at around 7 a.m. and were descending.

Plain, 36, from Perth, climbed Mount Vinson in Antarctica on Jan. 16. He followed that with Mount Aconcagua in South America, Mount Kilimanjaro in Africa, Mount Carstensz Pyramid in Papua New Guinea, which covers Australia and Oceania, Mount Elbrus in Europe and Denali in North America.

A surfing accident in 2014 left Plain with multiple injuries but he recovered to continue mountain climbing.

A government official at the base camp, Gyanendra Shrestha, said Xia Boyu was among more than 40 climbers who reached the summit on Monday because of favorable weather conditions on the mountain.

He said several more are expected to attempt the peak this week.

The Chinese climber is not the first double-amputee on Everest, but he is the oldest.

The first was New Zealand climber Mark Inglis, who reached the summit in 2006 at age 59.

A group of eight Nepalese Sherpa guides reached the summit on Sunday, fixing ropes and clearing paths for other climbers to begin their ascent to the peak.

Some 340 foreign climbers and many Nepalese Sherpa guides are attempting to climb Everest this month.

The popular spring season runs from March until the end of May, after which weather conditions on the mountain begin to deteriorate. There are usually only a few days of good weather on the highest part of the mountain in May, when climbers rush to attempt the summit.