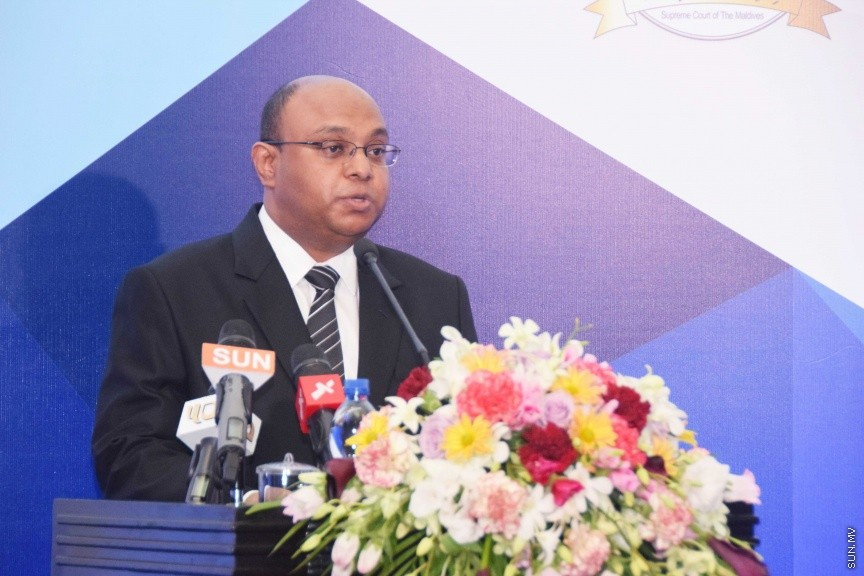 I have now achieved the status of a martyr, said the Chief Justice Abdulla Saeed, listening to the four-month and 24-day sentence read against him by the Criminal Court this Tuesday.

The Chief Justice Abdulla Saeed has been convicted of obstruction of the State after being found guilty of ordering the suspension of Government e-Letter Management System (GEMS) at the Supreme Court on February 4 and February 5.

The sentencing hearing for Abdulla Saeed was scheduled for 10 am at the Criminal Court. The hearing began after a 30-minute delay and lasted around 45 minutes.

Abdulla Saeed stood up from his seat as soon as Judge Ibrahim Ali exited the courtroom after issuing the first criminal conviction against a Chief Justice in Maldivian history.

He smiled and waved at the civilians and reporters who attended the hearing and said a few words.

“I’m not dead yet. But I have now achieved the status of a martyr,” said Abdulla Saeed, who was arrested from the Supreme Court within hours President Abdulla Yameen Abdul Gayoom declared a State of Emergency in the country on February 5.

Abdulla Saeed sat back on his seat and started conversing with his attorneys, before he was escorted out by officers from Maafushi Prison.