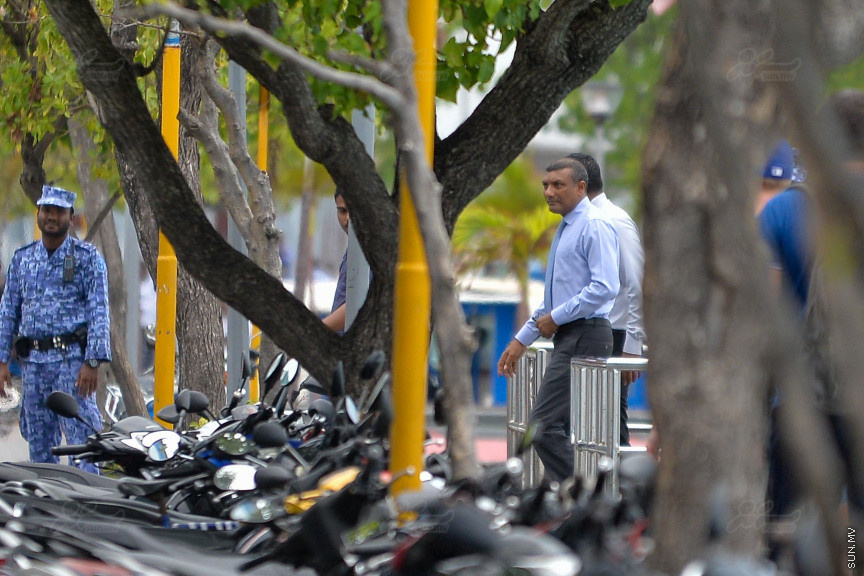 The hearing in the terrorism case against former Commissioner of Police Ahmed Areef, scheduled for this Monday afternoon at the Criminal Court, has been cancelled.

The reason why the hearing, scheduled for 1 pm this Monday, was cancelled and postponed to a later date is unclear at this point.

Areef was arrested during the State of Emergency announced after the Supreme Court order for the release of nine politicians and reinstatement of 12 lawmakers on February 1.

The court has ordered him to detention pending the outcome of his trial.