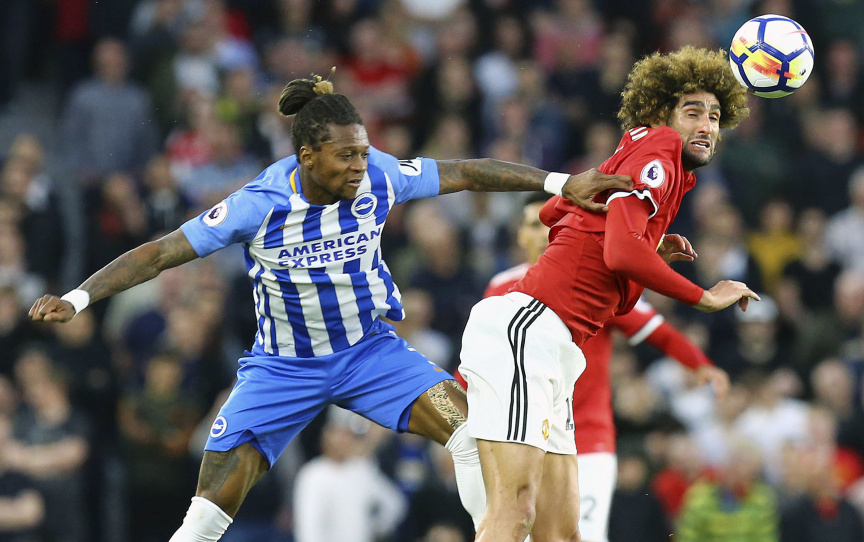 Pascal Gross scored early in the second half and Brighton ended a seven-match winless run.

United arrived on the south coast knowing a win would all-but seal second place, but a poor effort led to its first loss to Brighton since 1982.

"The players that replace others, they didn't perform at a good level," Mourinho said. "So maybe now you understand why some players play more than others."

Fellaini had the ball in the net after only three minutes but he was offside when he turned home Rashford's free kick.

That was about as good as it got in a horribly disjointed display from United.

Brighton broke the deadlock 12 minutes after the interval.

Jose Izqueirdo skipped past Matteo Darmian and stood a cross up toward the far post. United goalkeeper David De Gea pushed the ball onto the head of Gross and, although Marcos Rojo hooked it clear from underneath the crossbar, goal-line technology confirmed it crossed the line.